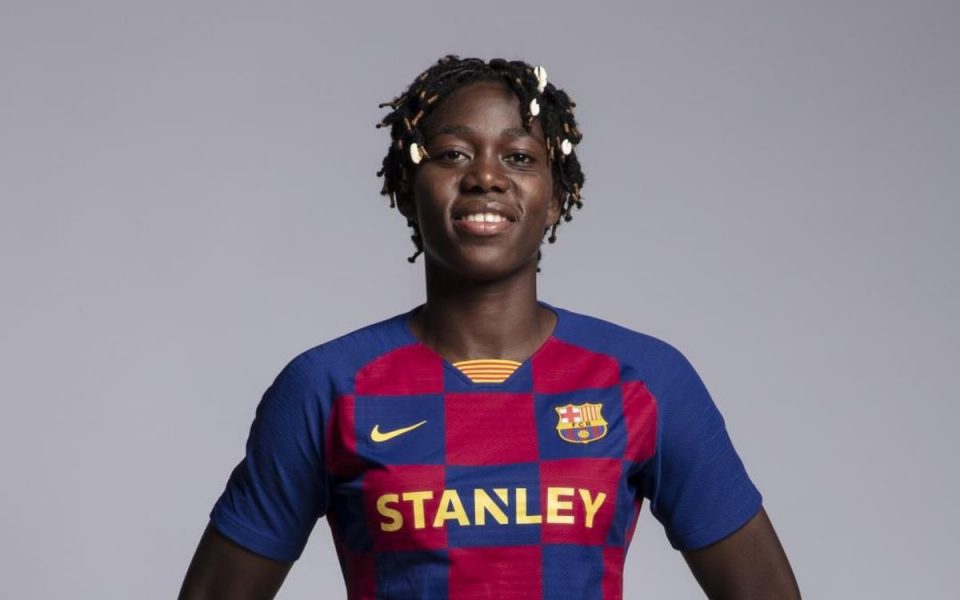 Asisat Oshoala scored four goals in the 6-0 demolition of Tacon during the Spanish Women’s league on Saturday.

The Nigerian international, who was missing at the recent CAF Award in Egypt where she earned her fourth gong, took the war to Tacon from the first blast of the whistle netting the first goal as early as the 2nd minute after a timely assist from teammate Marta Torrejón.

The former Arsenal ladies ace was on target again in the 19th, 47th and 63rd minutes to round off her four-goal harvest with the remaining two goals coming from Jenni Hermoso and Marta Torrejón.

READ ALSO: How 11-Year-Old Shot One, Injures Six & Kill Self

Oshoala, who in last May extended her contract with the Barcelona till 2022, has netted over nine goals since joining the side from Chinese side Dalian Quanjian F.

The three-time African Women Championship winner shortly after the CAF award became the subject of discussion as stakeholders and non-stakeholders alike battled themselves over whether she did enough to merit the award this time on one hand and whether or not compatriots who did not vote for her did the right thing.

The 25-year-old has, however, come out to say she bears no grudge against anybody.

Her five-star performance on Saturday is an indication that the award for her is only ginger and a call for further hard work even as Nigeria only a few days back signified interest to host the 2020 edition of the African Women Nations Cup following the withdrawal of Congo-Brazzaville.