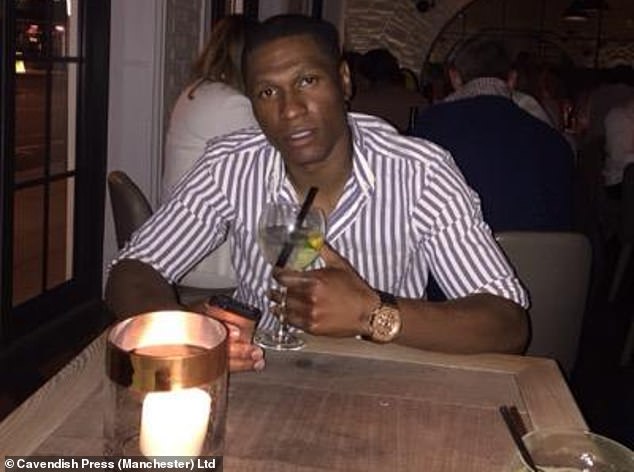 Football agent, Michael Etuhu has been sentenced to ten years imprisonment for masterminding kidnapping and torture for ransom.

How did it happen?

Michael who is a football agent was accused of arranging the kidnap and torture of a major drug dealer and father of one, Haider Mahmood and demanding a ransom of £500,000 (about N237m).

Michael whose two brothers Kevin and Dickson are both footballers was said to have recruited a team of thugs to abduct the man and hold him hostage believing he is a multi-millionaire crime lord.

Mahmood was said to have been snatched off the street as he left a trendy barbers shop with his abductors posing as policemen to detain and handcuff him in a fake arrest.

The victim who is in his 30s according to Daily Mail was driven to an industrial unit where he was held at gunpoint, scalded with a blow torch and given 50,000-volt electric shocks to his testicles whilst a cement mixer operated nearby to drown out his screams.

During his ordeal, Mahmood was told: ‘We know who you are and what you do. Get us everything that we want and everything will be alright.

Armed officers later stormed the gang’s stronghold after tracing the whereabouts of a mobile phone used by Etuhu and the other kidnappers.

At Manchester Crown Court, Etuhu, 35, of Tyldesley, whose 31-year old brother played for City until 2011 when he was jailed over a casino brawl, admitted conspiracy to kidnap and plotting blackmail and was jailed for ten years and two months.

Other members of the gang jailed along with Michael include John Bishop, 31, Ben Ukaegbu, 38, Daniel Lowe, 27 and Nicky Barnes 27 who were given terms ranging from seven years to 11 years respectively.

While Kevin Etuhu who played for Manchester City was neither capped by England nor Nigeria, Dickson Etuhu on the other hand who played for Sunderland and Norwich City made about 33 appearances for the Super Eagles between 2007 and 2011.

United States Records One Dead of Coronavirus In New York