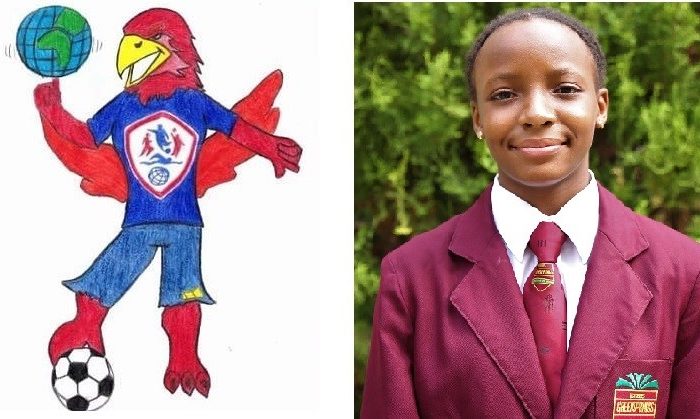 The competition started in November 2019, and students from schools all over the world submitted their designs.

After several reviews and public voting, Comfort’s design named “The Eagle“ was adjusted the overall best by the officials of mascot for the 2020 edition of World School Games in Dubai.

Asked why she chose an eagle for her design, Comfort said, “My inspiration comes from the issue of gender inequality in the world.

“Personally, I have been stereotyped many times because of my gender. My idea is to pick an eagle, which portrays perseverance and never giving up.”

The HOD, Physical Education Department, Greensprings School Lekki campus, Mr Jesimiel Samuel, expressed his gratitude to people all over the world that voted for Comfort.

He said, “When Comfort came up with the idea of The Eagle mascot and designed it, we were impressed by her creativity and had no doubt that the design would make it to the top 10.”

“The design ended up making it to the top 2, alongside another design by a South Korean student; then it was all down to voting on social media to pick a winner.

*Comfort’s design was favoured over the South Korean who equally had a good mascot design.

*We are thankful to everyone that voted and helped us to win this competition, especially the entire Greensprings community, both at home and abroad for their impressive support.”

Explaining the concept of the World School Games 2020, he said it holds in two batches. “The first batch, called U11, is meant for students under 11 years old, and it will run from the 30th of January to the 2nd of February.

“The second batch, called U13,  is meant for students under 13 years old, and it will run from the 27th of February to the 29th of February.

“During the period, students from countries all over the world that are participating in the games will be competing in sports such as football, basketball, swimming, golf, tennis, netball and more,” he said.