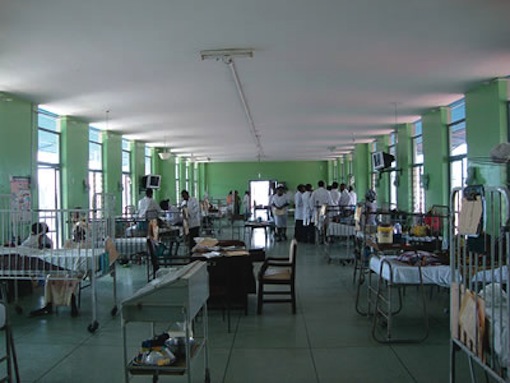 University of Calabar Teaching Hospital, UCTH, is set to perform its first Open Heart Surgery in the hospital in the second week of April 2020.

Vanguard reports that this was the outcome of the partnership the hospital management has entered into with a US-based team – VOOM Foundation.

Speaking with Vanguard at the weekend in Calabar, the Chief Medical Director of UCTH, Prof. Ikpeme Ikpeme said the hospital will join the big leagues to perform successful open-heart surgeries and it would be a milestone achieved.

“The hospital will join the big leagues of hospitals who have performed heart surgeries and it will be a giant stride achieved, as far as medical practice is concerned”.

“We are planning open heart surgeries which will take place between the first two weeks in May 2020. We are working hard towards that with a United Stated based team called VOOM Foundation.

“We have taken deliveries of consumables, we are constructing a dedicated theater suite for the surgeries. Staff and bio-medical engineers are kept on standby.

We are refurbishing our machines which will be used for the surgeries,” he said.

Further, Ikpeme revealed that within the past nine months since he assumed office, the management has been working on the vision and mission of the Hospital.

”Our mantra is to Rebuild, Reboot and Restore i.e human resources, infrastructure, and material resources; to make a better Teaching Hospital that will serve the State and its environs effectively”.

“In the area of research, as a teaching hospital, we are trying to develop and build upon the achievements of our institute for tropical research in the hospital.

“We are collaborating with the United States (US) Military to research on Malaria and Drug-resistant in the Tropics. Both Clinical and field research is going on,” he revealed.

He admitted having faced a lot of challenges since he assumed office but according to him, it’s been both challenging and interesting and we will be getting better every day.