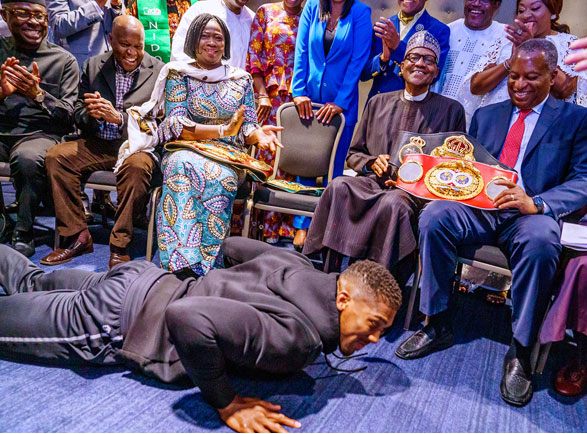 Joshua presented the belts prostrating to President Buhari at a meeting he had with a group of the Nigerian Community in the United Kingdom. 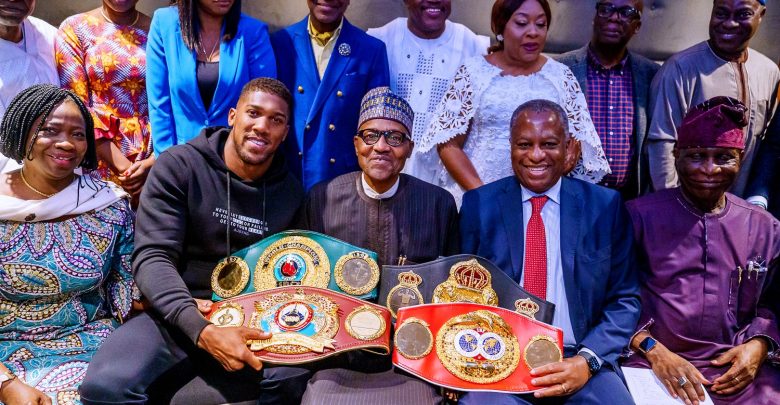 Minister of Sports, Mr. Sunday Dare, had disclosed in December 2019 during a Federal Executive Council meeting that the boxing champion will present his belts to the president on a date he didn’t disclose.

The minister briefed the council on how Joshua regained his titles from Mexican-American, Andy Ruiz Jr, during a rematch in Saudi Arabia. 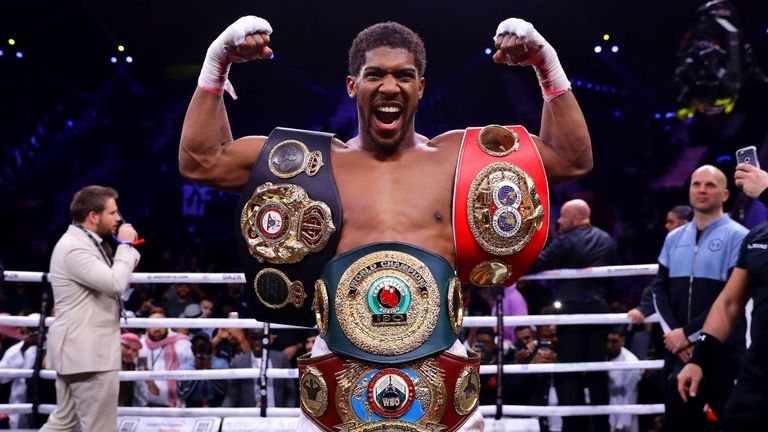 Joshua, while presenting his belts to the President, pledged to stand up for Nigeria at all times.

The President congratulated Joshua on regaining his world championship belt, as well as putting Nigeria on the world map again like Hogan Bassey.