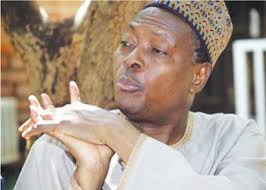 Dr. Junaid Mohammed, Second Republic lawmaker has attacked the initiators of Amotekun security outfit, adding that the protagonists of Amotekun are out to actualized the Yoruba Republic.

Muhammed who described the initiative as nothing but a tribal militia to prosecute the region’s agenda, the governors hope to transform into a separate nation through the backdoor.

Dr Mohammed, while speaking to Vanguard said that those behind the formation of the armed group were against the interest of Nigeria and should be made to face the full weight of the law.

According to him no section of the Nigerian constitution makes provision for either state or regional police, adding that the governors have no authority whatsoever to raise such an illegal.

Meanwhile, legal luminary Aare Afe Babalola {SAN} said the Attorney General and Minister of Justice, Abubakar Malami should not be the court of law but sue the six governors and let the cour decide.

He cautioned Malami of arrogating the court to himself.

READ ALSO: Save Lagos Group Gives Tinubu 24hrs To Speak Up On Amotekun

Babalola, who spoke in Ado Ekiti on Sunday on the issue of Amotekun said, the Federal Government should be the one to approach the court to seek redress since it waited until after the formation of Amotekun before making its position known.

READ ALSO: Amotekun: IG Was Involved Before He Backed Out &#8211; Agbakoba SAN

Babalola said:  “In my opinion, the act has been done, Amotekun had been launched, let them go on. Anybody that feels what they have done is wrong can go to court.

”They will meet the governors there. All the governors would have to do is to show them the law, the constitution, sections 24, 40, 45.

”That is it. “What the state governors have done is legal, so why should they bother? Let the Federal Government try to go to court.

”It is a case that must fail if they go to court. They have not set up a parallel police outfit. No.

”The constitution says it is your duty to protect the interest of yourself and others and join together in doing so. So simple. The case will be so easy to win.”