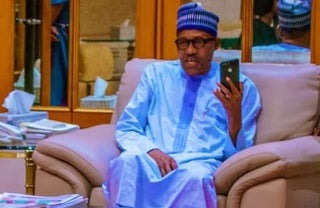 Buhari spoke from London through his media aide, Garba Shehu, on Tuesday, described the killing as cruel, inhumane and deliberately provocative.

Mr Buhari decried the hypocrisy in the action of the terrorist, adding that after creating an impression that they were going to release Pastor Andimi to third parties, the Boko Haram went ahead and beheaded him on Monday.

He assured Nigerians that the terrorists would pay a heavy price for their actions and be completely be defeated by our determined armed forces.

The President urged nations of the world to end all support provided to Boko Haram and Islamic State in West Africa (ISWA) terrorist groups whose only goal is to sow death, violence, and destruction in the sub-region.