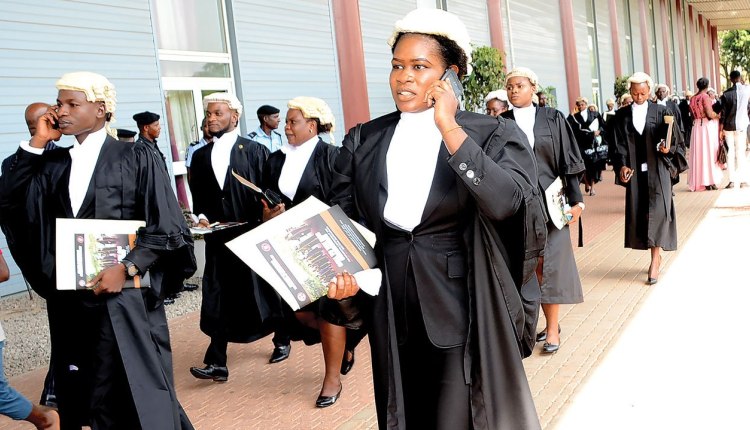 Again, another group of lawyers has reconsidered the judgement of the Supreme Court that sacked Emeka Ihedioha and installed Hope Uzodinma and posited that the apex court can relook into the facts presented for the judgement.

Speaking under the aegis of Partners for Justice and Equity (PAJE), it said the Supreme Court can decide to review the facts of the case with a view of ensuring that justice is not only done, but seen to have been done.

Before it could be done, in a statement issued after their meeting in Abuja, PAJE, advised Ihedioha to make a formal approach to the Supreme Court through legal application for the apex court to look at the facts in issue once more.

PAJE, therefore, gave seven reasons or grounds on which it said the Supreme Court can take a second look at the Imo Governorship election judgment.

“There are several reasons for the Supreme Court to look at the case involving the March 2019 governorship election in Imo State with a view of ensuring that justice is given to those that deserve it.

The seven reasons are as follows: “The sum total of votes added by the Supreme Court exceeds accredited votes.

“The Acceptance of Results from 388 polling units by Supreme Court without certification is a violation of Section 89 ( e) and (f ) and 90 (c ) of the Evidence Act 2011 which requires all public documents to be certified before it can be tendered in evidence.

“The results from the disputed 388 polling units were neither certified by INEC who are the issuers of the document nor Police in whose custody they claimed the documents emanated.

“The Acceptance of Evidence of a Police Officer who neither made the document nor knew anything about the document is in violation of Section 37, 38 and 126 of Evidence Act 2011,” the statement said.

Continuing, PAJE said that “The Acceptance of the 388 results by the Supreme without any evidence from polling agents or INEC officials is a clear departure from the existing judicial precedence on the proof of election results as established by Supreme Court in long lines of cases including most recently Atiku vs. Buhari, Alex Otti Vs. Ikpeazu.

“The Supreme Court judgment was erroneously premised on 388 polling units results when indeed only 366 polling units results were presented to the court who knows if the exclusion of the 20 added results could have, if not wipe out the margin make it impossible for the APC candidate to make spread requirement,” it said.

It also pointed out that at most what the Supreme Court should have done was to order INEC to conduct the election in the said 388 polling units since the margin of registered voters in those polling units are such as could affect the outcome of the election.

In spite of the observations, PAJE said there was no need for Nigerians to be condemning the justices of the Supreme Court for the judgment as they are well learned in their profession.

It added that even in the United States, Ghana and some other parts of the world, Supreme courts have had reasons to review their own decisions when additional facts are adduced.

“We cannot join in the criticism or condemnation of their lordships for the decision they took based on the facts that may have been presented by counsels before the court.

In the United States, the Supreme Court has reviewed its decision several times although under conditions that it has to be similar cases that involved other parties.

“As we stated earlier, the review by the US Supreme Court of the above-stated cases were covered under peculiar circumstances, the Nigerian Supreme Court had in the past reviewed itself in the case of Johnson v Lawanson (1971) in a case where Justice Coker said that “when the court is faced with the alternative of perpetuating what it is satisfied is an erroneous decision which was reached per incuriam and will, if followed, inflict hardship and injustice upon the generations in the future or of causing temporary disturbances of rights acquired under such a decision, I do not think we shall hesitate to declare the law as we find it.”

The fact that the Supreme Court looked at the case again before striking it out is clear evidence that the court can sit and review its own ruling in order to decide whether or not the application for review has merit or not,” PAGE noted.

It, therefore, advised Hon. Ihedioha makes a formal presentation in the form of an application to the Supreme Court. “Our advice to the sacked governor of Imo State, Mr. Emeka Ihedioha is that beyond protests and complaints, he should approach the Supreme Court with all the facts available to him.

The constitution of Nigeria did not state that an aggrieved citizen cannot seek redress from the Supreme Court on cases it had already ruled on.

“The essence of law and the courts is for Justice to be done and be seen to have been done.

If the Supreme Court is made to see that its decision could become a stumbling block to equity and justice in the present and in the future, it may become inevitable for their lordships to take a second look at the facts or new facts that may be adduced in order that justice is not denied an aggrieved to a citizen,” the statement concluded.

Makinde’s Removal: FFK Warns Buhari Not to Meddle with Affairs of Oyo State