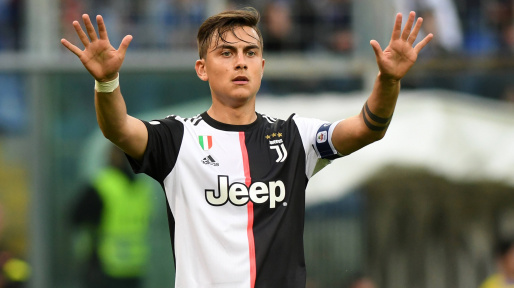 Paulo Dybala has confirmed that very soon he would leave Juventus in the summer of Manchester United and Tottenham.

Jose Mourinho’s Tottenham had agreed on a fee with Juve for Argentina forward worth £64.4m in August last year but the move failed to materialize.

“I was close to leaving. That was in the club’s thinking, I knew. Until the last minute, we were waiting,” Dybala told The Guardian.

Dybala says he has settled to live in Turin again after the arrival of Sarri, Skysports reports.

“I have two years left on my contract. That’s not a short time but it’s not a long one either. We’ll see what plans Juventus have if they think I might leave in the next market or if they want me to stay.

“That’s a decision for the club to make. It’s hard to know because things change in a second.

“But I’m here, at a club that has treated me well. I’m happy, comfortable. [Maurizio] Sarri’s arrival has helped. He wanted me to stay, which gave me strength when we didn’t know what would happen. I knew he could teach me, help me bring out the best in myself.”