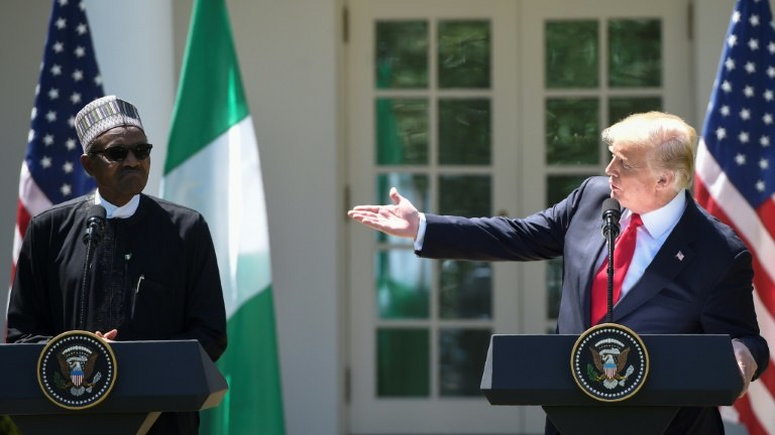 The United States of America has on Monday explained why it impost migrant visa restriction on Nigeria.

It added that before it carried out the restriction exercise, it did inform Nigeria and other affected countries in 2019.

The U.S. said that Nigeria is one of the worst-performing countries on the performance metrics, adding that it has led to the imposition of migrant visa restriction on the country.

This was contained in the full report of the visa restrictions titled, ‘Proclamation on improving enhanced vetting capabilities and process’ published on www.whitehouse.gov.

The new visa regime announced by the US Government on January 31, involves the suspension of the issuance of ‘immigrant visas’ to Nigerian passport holders.

It comes into effect on February 21. Apart from Nigeria, others on the list are Eritrea, Myanmar, Tanzania, Sudan and Kyrgyzstan.

It read, “The process began on March 11, 2019, when the United States Government formally notified all foreign governments (except for Iran, Syria, and North Korea) about the refined performance metrics for the identity-management and information-sharing criteria.”

Meanwhile, BBC reports that President Muhammadu Buhari said the Nigeria would work to fix security lapses that led to a US curb on immigration from the country.

Mr Buhari said he wants Nigeria, Africa’s most populous nation, to have “productive relations” with the US.

He has appointed a minister to lead a committee to “study and address” the new visa requirements.

Citizens from Eritrea, Sudan, Tanzania, Kyrgyzstan and Myanmar are also barred from certain types of US visas.

People from these countries will, however, still be able to visit the US as tourists.

In 2018, the US issued more than 8,000 immigration visas to citizens of Nigeria – twice as many as all the other five nations combined.

That same year, just over 2,000 were issued to Sudanese nationals, 290 to Tanzanians, and just 31 to Eritreans.

“These countries, for the most part, want to be helpful but for a variety of different reasons simply failed to meet those minimum requirements that we laid out,” acting Homeland Security Secretary Chad Wolf told reporters on Friday.

The new US rules will come into effect on 21 February but will not apply to official, business and tourism visas, Mr Buhari’s office said in a statement on Saturday.

Mr Wolf said officials would work with the countries on bolstering their security requirements to help remove them from the list.

US President Donald Trump first introduced a travel ban in 2017. It currently closes US borders to citizens from seven countries, most of them with Muslim majorities.

The US had previously announced a ban on certain types of visas for Eritreans in 2017.

What are the new rules?

The US said it would suspend the issuance of visas that can lead to permanent residency for nationals of Nigeria, Eritrea, Kyrgyzstan, and Myanmar.

Sudanese and Tanzanian nationals will no longer be allowed to apply for “diversity visas”, which are available by lottery for applicants from countries with low rates of immigration to the US.

Mr Wolf said non-immigrant visas given to people for temporary stays – including visitors, those doing business or people seeking medical treatment – would not be impacted by the new rules.

Kyrgyzstan and Sudan have large Muslim majorities, while around 50% of people in Nigeria and Eritrea are Muslim. Tanzania also has a sizable Muslim community.

What is the travel ban?

The ban initially excluded people from seven majority-Muslim countries, but the list was modified following a series of court challenges.

While the government has suspended most immigrant and non-immigrant visas to applicants from those countries, exceptions are available for students and those with “significant contacts” in the US.