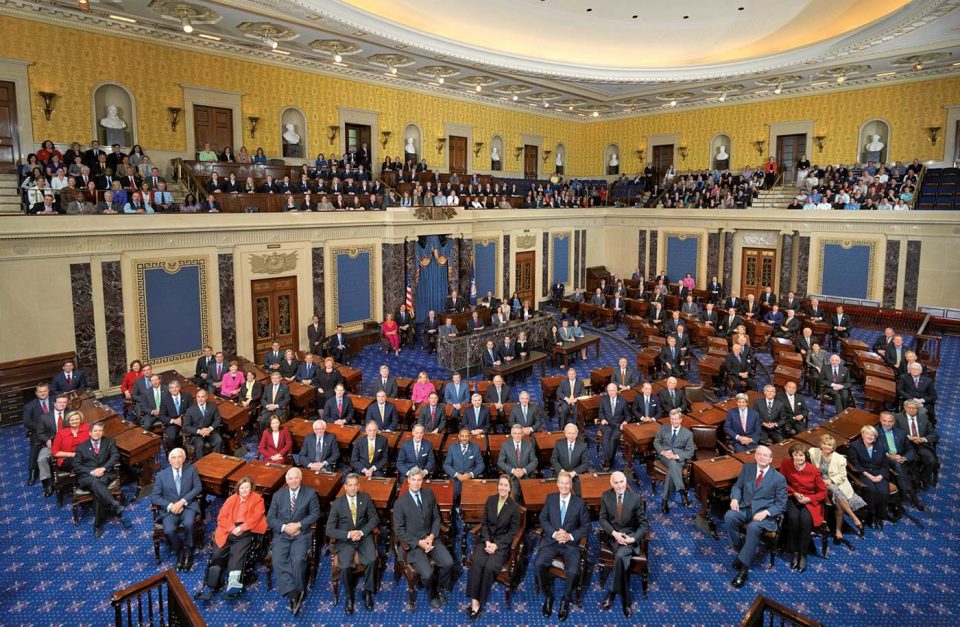 The Senate of the United States of America has on Wednesday acquitted President Donald Trump of all impeachment charges levelled against him.

The Republican-majority Senate voted 52-48 to acquit Trump of charges that he withheld military aid to Ukraine to pressure Kiev to investigate political rival Joe Biden and help his re-election effort.

“Is the respondent, Donald John Trump, guilty or not guilty?” Supreme Court Chief Justice John Roberts, who is presiding over the trial, somberly asked the lawmakers as the chamber began voting on the first charge.

Fifty-two Republicans voted to acquit Trump while all 47 Democrats voted to remove him from office. Utah Senator Mitt Romney was the only Republican to break ranks, voting for conviction.

The Senate will now vote on the other article of impeachment approved by the Democratic-controlled House of Representatives — that Trump obstructed Congress by refusing to cooperate with the House impeachment investigation into his conduct.

OAU Suspends Another Lecture Over Sexual Harassment of Female Student

Herbs Safer To Use Over Time, Says Expert