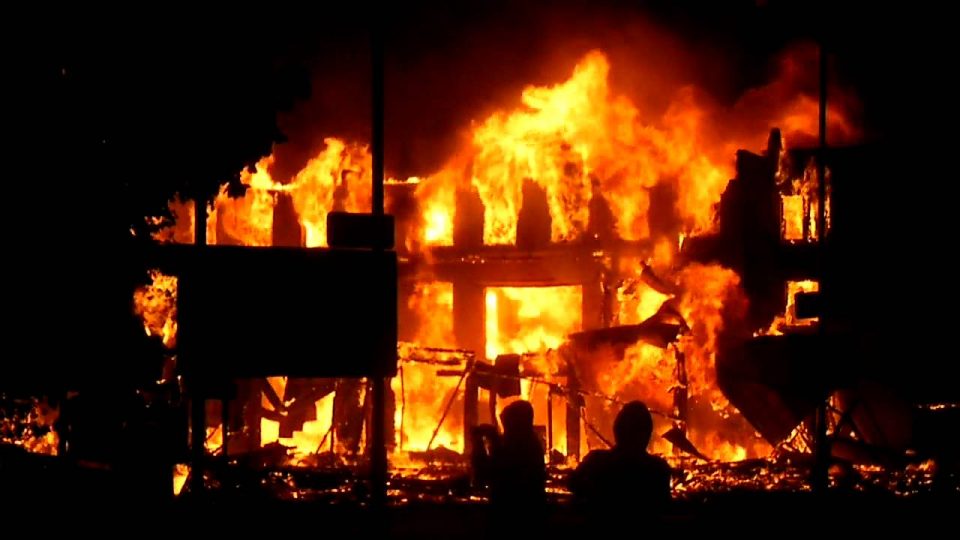 As at the time of filing this report, the affected dormitories were Nana House and Khadija House as mattresses, provision stuff and clothes including uniforms were completely destroyed by fire.

The first dormitory was gutted by fire around 9:00 am while the second dormitory was razed down later in the day. However, the cause of the inferno was not certain as students and school management were running helter-skelter during the inferno.

It was gathered from Daily Trust that parents have evacuated their daughters from the school even though the school authority asked them to return the students as the fire has been put under control.

“They have started providing mattresses to the students but nobody told us what causes the fire.

”The two dormitories were completely burnt but no casualty recorded,” a parent, Alhaji Sulaiman said.

He also said no human casualty was recorded in the fire. “We thank God no student lost her life or got injured in the fire that burnt the dormitories.

The cause of the fire is still unknown but we are doing our best to take care of the students because mattresses and uniforms are already being provided to the students affected,” he said.

He also urged parents to allow their children to remain in school to continue with their studies, saying the government has already taken measures to get them settled in other dormitories.