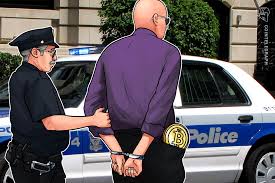 But why he seized the bitcoin from the alleged criminal, the tax agent kept the bitcoin in his personal cryptocurrency wallet.

Bitcoin.com reports that experts have expressed concerns about the risk of the money disappearing as officials continue to insist only government agencies have access to the wallet.

The announcement from the tax administration comes after a court in the capital Riga decided in October that the cryptocurrency had been involved in criminal activity and must be confiscated from a convicted person.

Prosecutors alleged that the digital money had been obtained illegally and used for settlements between criminals.

“The gathered evidence provided sufficient reason to conclude that this cryptocurrency was obtained in a criminal way and is connected to a criminal act,” Kurzeme District prosecutor Inese Lindbergh stated, quoted by the Latvian TV3 channel.

Obviously, it’s taken months for the SRS to get hold of the crypto. Initially, the tax agents weren’t ready to disclose too much information about their first attempt at seizing cryptocurrency and refrained from official comments on the case.

READ ALSO: Bitcoin Investment: I Wish I Was Born Later To Have More Cryptocurrencies – Buffett

Now the authority says it has obtained the “access details” to the wallet and fulfilled the court order.

It remains unclear, however, if the SRS has the seed phrase or the password, or both.

Although they can be held by many people simultaneously, the agency does not think the coins should be transferred somewhere else.

So the supposedly confiscated crypto remains in the original wallet used by the criminal.

Quoted by the Jauns.lv news outlet, IT specialist Kirill Solovyov commented that SRS officials were lucky this time because they were able to gain access to the wallet.

But it’s strange, Solovyov noted, that the bitcoins are still stored in the same wallet, the password for which its convicted owner should still remember. Despite the obvious risk for the digital cash, an SRS representative insisted:

The Baltic country’s revenue service does not recognize any coins as currencies but classifies decentralized cryptocurrencies as property.

The wallet in question contains only around 0.022 BTC, worth €215 at the time of writing, which has been put up for public sale already. Individuals or entities that are interested in buying the crypto can file an application with the SRS to obtain the wallet with the digital cash – that’s if it’s still there.

The case in Latvia isn’t the first involving the sale of cryptocurrency seized by a government institution and the amount is quite insignificant.

Just recently, U.S. authorities started accepting bids for over 4,000 forfeited bitcoins, worth $37 million at the time of the announcement, which will be auctioned off by the U.S.

Marshals Service later this month, as news.Bitcoin.com reported. But the Latvian story shows that officials in many countries may still lack the knowledge of the legal framework to seize, store and sell bitcoin.

While locating and restraining traditional assets such as property, cash, deposits, stocks and other valuables is relatively straightforward, finding and taking control of decentralized cryptocurrencies can be challenging for law enforcement agencies, judicial authorities and tax administrations.