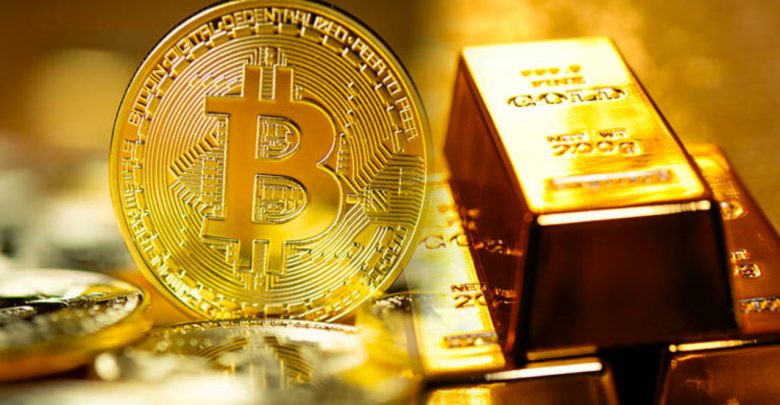 Bitcoin expert has predicted that the cryptocurrency is set to rival gold as a store of value in this digital age.

He said that not so long ago, money was directly pegged to gold.

Going down memory lane, Mike Co said: ”Until 1971, one ounce of gold was redeemable at a fixed value of thirty-five dollars in the U.S.

”Yet for governments that hoped to increase money supply for spending, the gold standard was restrictive.

”Gold is scarce and governments can’t simply produce more to satisfy political goals. As a result, the gold standard was abandoned by the U.S. in 1971, and the dollar became a fiat currency without a direct peg to gold.

Speaking in the same vein, Avi Mizrahi from Bitcoin.com drew his argument from the current total market capitalization of gold estimated to be above $7 trillion and cryptocurrencies of a Total Market Cap: $287,875,465,592 which he described as over 38 times that of bitcoin at the moment. As at Sunday, Bitcoin alone was $183,521,836,413.

Mizrahi said that despite the current capitalization of Gold that stands at $7 trillion,  there are still many people who believe that the cryptocurrency is a better store of value for our age than the precious metal.

Mizrahi maintained that Bitcoin would rival Gold as a store of value in this digital age. He pointed out that since gold has been a historic store of value primarily because of its scarcity and that is something that the cryptocurrency can replicate.

Making a case for the potentiality of the Bitcoin, Mizrahi said the cryptocurrency is also better than any precious metal.

Making allusion to Mike Co statement, he listed the benefits of Bitcoin to include its auditability, portability, and divisibility.

Another feature he lists is the privacy of transactions, as BTC can be sent digitally and pseudonymously.

Additionally, Mike Co mentions relatively low fees to send large sums in bitcoin internationally as there is no need for armoured transport and guards as with gold.

“This past decade, Bitcoin’s value in gold has risen significantly amid surging global economic uncertainty. Gold, and bitcoin, are safe havens from fiat currency devaluation, which historically tends to be incited by surging government debt,” concluded Mike Co.

Amotekun: Why We Are Against It, Says Miyetti Allah