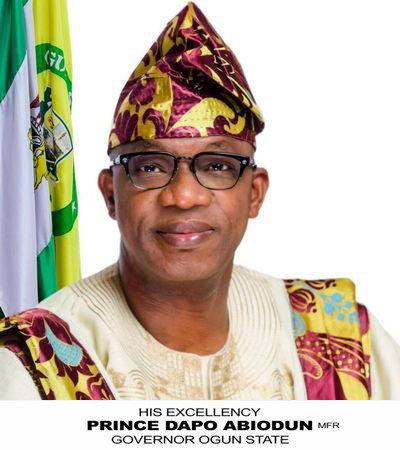 Ogun State has gotten the World Bank approval of $250million fund for developmental projects in the  State.

Ogun is one of the six states approved by the world financial institution to support development priorities in the country.

The World Bank is set to improving immunisation, enabling a stronger business environment for the private sector, expanding the digital economy to promote job creation and increasing public and private sector capacity on governance and social and environmental safeguards.

David Malpass, World Bank group president.: ”The World Bank is carefully targeting its support on high impact projects as the country works to tackle corruption and lift 100 million of its people out of poverty.”

Malpass said that the credit facility is expected to help the Ogun State Economic Transformation Project improve private investment in the state by enhancing the business environment, strengthening the linkages between agricultural producers, suppliers and service providers, and providing training and apprenticeships for women and farmers.

The World Bank project will also facilitate collaboration between farmers and agribusinesses, improve STEM teaching in up to 70 per cent of public secondary schools.

In a statement yesterday by the Special Adviser on Public Communications, Remmy Hazzan, the state government said the World Bank approval was the outcome of interactions between Governor Dapo Abiodun and officials of the bank, during which the governor discussed its economic blueprint and development roadmap for the state.

But Governor Abiodun convinced officials of the bank that he would see to the judicious application of the fund with the developmental programmes already earmarked for execution in parts of the state.

Among other steps taken to demonstrate commitment, Governor Abiodun provided offices for the World Bank on the governor’s floor after he was sworn in, to underscore the premium placed on the partnership between the state government and the World Bank.

The governor expressed gratitude to the World Bank for the confidence reposed in his administration, even as he promised to ensure efficient utilisation of the fund.

Ekiti Set To Translate Laws, Including Amotekun’s Into Yoruba

Senate Wants FG To Disclose Sources Of Proposed $22.6b Loans Before Approval

What Nigerian Government Should Expect After Freezing #ENDSARS Protesters’ Accounts