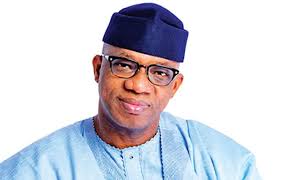 Ogun State government has renewed its commitment to strengthen economic ties with the Manufacturers Association of Nigeria (MAN), to enhance socio-economic growth of the State.
The State Commissioner for Industry, Trade and Investment, Mrs Kikelomo Longe stated this when the executive members of MAN, Ogun State Chapter, paid a courtesy visit to her at Oke-Mosan, Abeokuta, assuring the Association of Prince Abiodun-led administration’s resolve to support the growth of manufacturing industries and other businesses in the State.
Longe called on members of MAN to share ideas that would further boost the economic status of the State, saying the government was poised to creating enabling environment, where businesses would thrive, just as her Ministry would engage in actions that would be of immense benefits to the State and all stakeholders.
Also speaking, Consultant to the Governor on Industry, Trade and Investment, Ms Sola Arobieke, noted that government would continue to implement policies aimed towards improving the State’s economy, enjoining the Association not to compromise standard.
READ ALSO: Ogun Pledges Support For Family Planning Awareness
In his remark, the Permanent Secretary in the Ministry Mr Olu. Ola. Aikulola, commended the body for its unrelenting support, assuring of continuous symbiotic relationship.
The Chairman, MAN, Ogun State Chapter, Mr Saleem Adegunwa, lauded the Ministry for addressing challenges faced by the Association, promising a continued harmonious relationship with the State Government.
previous post