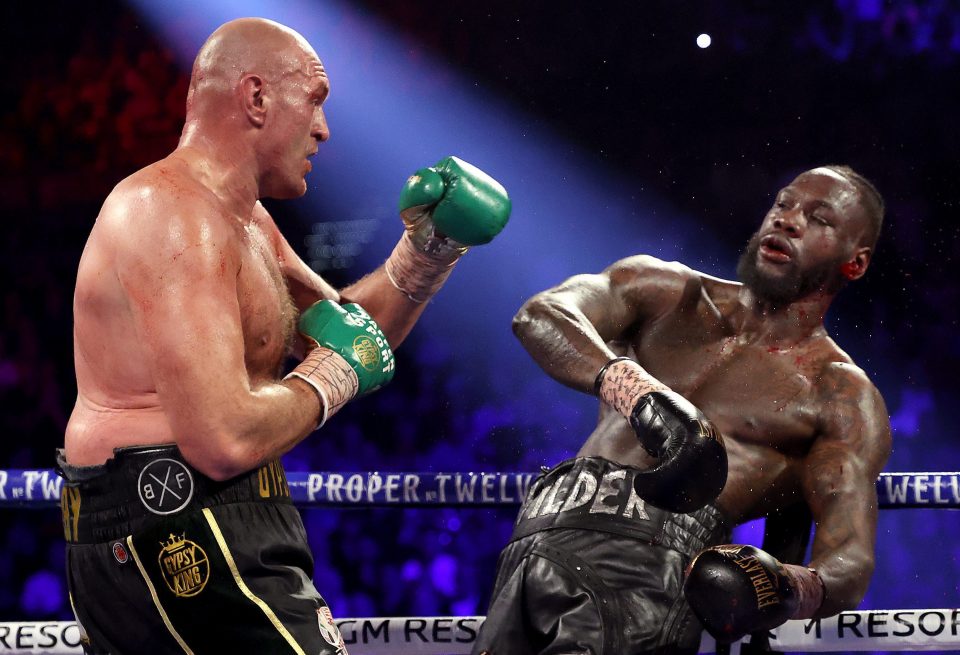 Tyson Fury, after being crowned WBC heavyweight champion of the world, according to Daily Star, his father John Fury has advised him not to fight reigning Anthony Joshua.

John Fury made this statement after Tyson Fury defeated Deontay Wilder with a brutal performance in Las Vegas on Saturday night to once again become a world titleholder.

“I want my son to retire now,” John Fury told Good Morning Britain. “That is just my opinion. He has done enough, he has got no more to prove. He has proved he is a worthy champion for this country.

Deontay Wilder threw in the towel in the seventh round with their man suffering from nasty cuts to his ear and mouth.

With a mandatory defence not due until next year, Fury could go toe-to-toe with Wilder for a third time due to a rematch clause inserted into the contract or seek a mouthwatering unification bout against fellow Brit Joshua.

But John Fury has advised his son to forget about stepping into the ring again and to hang up his gloves to focus on his family.

Meanwhile, Deontay Wilder’s team have told Frank Warren they intend to call an immediate rematch between the Gypsy King and his rival.

Tyson Fury stopped Wilder in a magnificent performance in their Las Vegas rematch, repeatedly flooring the Bronze Bomber before the towel was thrown in during the seventh round.

The contract for the second fight included a rematch clause, which gave the loser the right to a third bout.

Wilder has 30 days to make an official decision, but his co-manager Shelly Finkel called Warren yesterday morning to inform Team Fury of their current thinking.

Story That Touch: ‘How I Loss My Spouse To Lack of Forgiveness’

#EndSARS: Buratai Vows To Be Brutal Against Protesters Against Nigeria’s Unity

Must Watch Video: What Shekau Said About Nigeria’s President Will Shock You