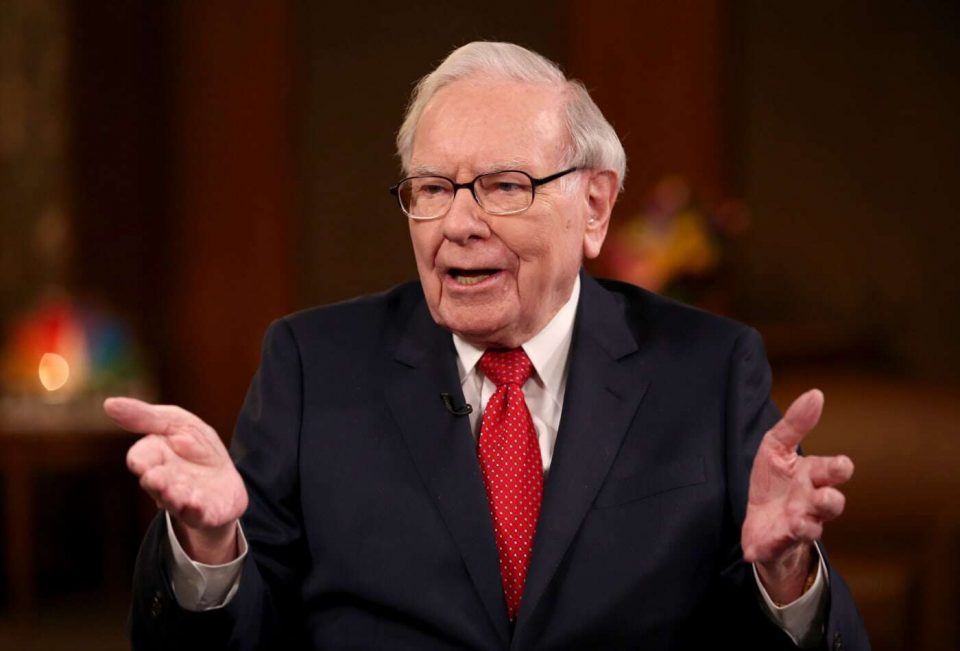 Contrary to reports that the world richest man Warren Buffet own bitcoin and other cryptocurrencies, he said: “I don’t have any bitcoin. I don’t own any cryptocurrency, I never will. ‘You can’t do anything with it except sell it to somebody else.”

Warren Buffet stated this during an interview this week on CNBC. Over the course of the two-minute segment, the billionaire investor tore into bitcoin’s value proposition and obliquely threw shade on $4.6 million lunch guest Justin Sun.

In an interview with CNBC, Warren Buffet has insisted that “bitcoin has been used to move money illegally” and that “cryptocurrencies basically have no value, they don’t produce anything.” Summoning palpable contempt, Buffett added, “You can look at your little ledger item for the next 20 years and it says you’ve got X of this cryptocurrency or that; it doesn’t reproduce; it doesn’t deliver; it can’t mail you a check, it can’t do anything. And what you hope is that somebody else comes along and pays you more money for it later on. But then that person’s got the problem. But in terms of value [assigned to cryptocurrencies], zero.”

Buffett then gave a visibly awkward laugh in response to hearing of Sun’s claim that he owned bitcoin, saying, “I don’t have any bitcoin. I don’t own any cryptocurrency, I never will … You can’t do anything with it except sell it to somebody else.”

The only economic contribution of bitcoin is a fall in demand for suitcases because bitcoin makes it easier to move money illegally, says Warren Buffett #btc #bitcoin #AskWarren.

As ever, crypto Twitter was on hand to provide thought-provoking nuggets: “Warren’s life fortune is dependent on the USD maintaining value. Have to take his opinion with a grain of salt in this area”; “He has obviously never seen or used a dapp”; “People like Warren Buffett want you to save less, not more. They want you to invest in their stocks or consume their products. This is why Buffett hates bitcoin.”

Crypto might not be able to “mail you a check” as Buffet notes, but it can be collateralized for loans, spent at an increasing number of online and brick-and-mortar venues, used to power growing ecosystems such as open finance, and utilized as a compelling store of value given its unquestionable status as sound money. It was, by some distance, the best-performing asset of the last decade.

Besides, the criticism that you “can’t do anything with it except sell it somebody else” could easily be levelled at gold, a commodity which shares more than a few similarities with bitcoin, the most important being that you can’t arbitrarily pump more gold into the market and dilute its purchasing power. It could also be levelled against stocks.

A Meeting of Minds

It was last June that Tron mouthpiece Justin Sun decided spending over $4 million to have dinner with Berkshire Hathaway CEO Buffett was a smart use of funds. In fairness, though the lunch was the prize, the millions went to San Francisco-based non-profit GLIDE Foundation whose beneficiaries include individuals from economically deprived communities. Even if it was an expensive publicity stunt, Sun was doing a good turn in the process and he made a point of mentioning that BitTorrent and Tron’s U.S. headquarters were located in the same city as GLIDE.

In the event, Sun’s long-mooted sit-down with investment doyen Warren Buffett was one of the most talked-about events (or nonevents) in crypto last year: the entrepreneurial upstart meets the billionaire Oracle of Omaha. After forking out $4.57 million at a charity auction to break bread with Buffett, Sun had to cancel citing kidney stones, before the dinner finally occurred in late January.

Given the seven-month delay, people were understandably eager to hear about the nature of the 3.5-hour discussion. Sun shed plenty of light on Twitter, saying “Amazing dinner w/ @WarrenBuffett finally! Thx for your support & advice on how to take Tron to the next level! Loved our talk on Bitcoin, Tesla & Tron! Glad to support @GLIDEsf as well! C U at #BRK2020 & our reunion meal in 2030!”

Sun also mentioned the price of the meal ($515.05), stated that the insights he received were “priceless,” and that he had sent Buffett his first bitcoin, which was stored in a Samsung Galaxy Fold Sun had brought along as a gift. The Tron CEO even noted that the BTC price had risen 16% in the time since he made the donation and that Buffett was “impressed by the speed of #TRON.”

After all the buildup, the takeaway seems to be that Buffett’s crypto-sceptic stance remains unchanged. Prompting the octogenarian to perform an ideological 180 always did seem a trifle ambitious. Buffett’s denial that he received bitcoin from Sun is a little more perplexing, though. Either someone’s lying, or one of Buffett’s aides took receipt of the crypto Buffett was gifted, allowing both parties to claim vindication on a technicality.