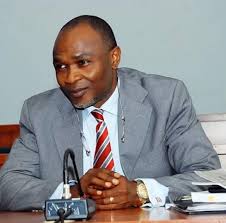 House of Representatives caucus of the Peoples Democratic Party (PDP) and the party’s chieftains are demanding a revisit and review of the Supreme Court judgement on the presidential election and some gubernatorial elections.

Kingsley Chinda, the House of Representatives Leader of the PDP Caucus conveyed the caucus position in a statement issued on Wednesday in Abuja.

Osun, Kaduna, Kano and  Katsina are some of the states the Reps want the Supreme Court to review its judgement.

The caucus said it predicated its action on the request by the All Progressives Congress (APC) that requested the Supreme Court to review its judgement on the Bayelsa governorship election.

The caucus words as read by Rep. Kingsley Chinda state: “We take cognizance of the fact that some Supreme Court justices and indeed, other judges, as well as judicial officers, have in the past suffered assaults, both formally and informally under the supervision of the Muhammadu Buhari-led administration.

“Cognizant of the fact that the Supreme Court infallibility is hinged on its finality, and not because it’s personnel (justices) are infallible.

”We reaffirm our faith and confidence in the judiciary, particularly, the Supreme Court which is still the only hope of the common man.

“Consequently, we express our unalloyed support for the leadership of our great party, the PDP, and hereby call for a review by the Supreme Court of all its earlier judgements,” the caucus declared.