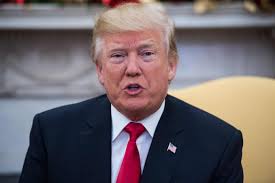 It has been reported on Monday by officials of the United States that New York has recorded one died of the coronavirus attack. This brings the total number of American died of the virus to two.

Public health officials in King County said in a statement that a man in his 70s with underlying health issues died on Sunday in Washington State. The first death in the western state.

The second death in Washington State comes amid a growing number of cases of community transmission in the U.S.

The U.S. Centers for Disease Control and Prevention (CDC) have reported cases in states including California, Oregon and Washington.

The CDC has warned about raised concerns for certain communities but added that most people in the U.S. have `little immediate risk’’ of exposure.

At least 60 infections have been identified across the U.S., some in evacuees from a cruise ship.

National media including the New York Times reported as many as 88 infections.

New York governor Andrew Cuomo said in a statement that in the state of New York, a woman in her late 30s tested positive for the virus after travelling to Iran.

“The patient has respiratory symptoms, but is not in serious condition and has been in a controlled situation since arriving in New York.’’

He urged residents not to panic, saying “there is no reason for undue anxiety – the general risk remains low in New York’’.

The White House has been at pains to reassure the public it has a grip on the situation and has been stressing that there is no need to panic.

Great Massacre By Gunmen at Six Villages In Kaduna