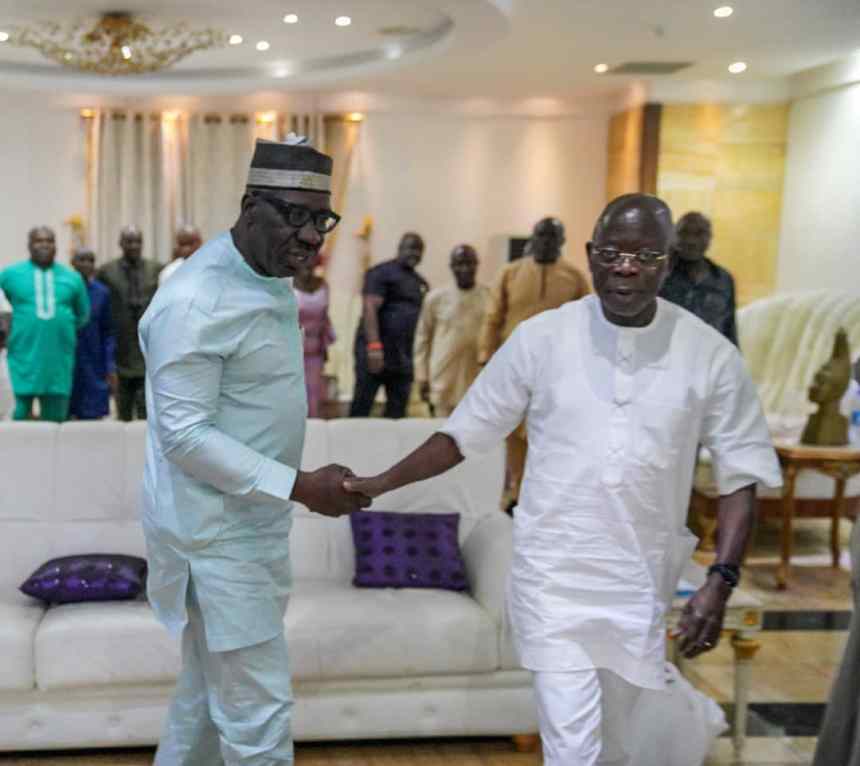 But for a Federal High Court intervention sitting in Abuja, the suspended National Chairman of the All Progressive Congress, APC, Comrade Adams Oshiomhole would have been arrest by Governor Godwin Obaseki and others for alleged corruption.

The Court in Abuja restated its orders made on June 1 including that restraining the Edo State Governor, Godwin Obaseki from arresting the suspended National Chairman of the All Progressives Congress (APC), Adams Oshiomhole, over alleged indictment in a white paper submitted to the state government.

Justice Ahmed Mohammed, in a ruling on Wednesday, said: “the orders of the court made on June 1st still subsist pending the resolution of the issue of jurisdiction.”

Justice Mohammed spoke while adjourning the suit filed by Oshiomhole, challenging among others, the state government’s probe of his administration’s handling of some projects in the state.

Oshiomhole was the Governor of Edo State from November 2008 to November 2016.

A panel of inquiry set up by the Edo State Government, headed by Justice J. Oyomire had, in a white paper, indicted Oshiomhole for the act of corruption.

In the white paper, the panel recommended the arrest and prosecution of Oshiomhole, a decision the suspended APC National Chairman is now contesting with his suit.

Respondents in the suit are the Edo State Government, Obaseki, the state’s Attorney General and Commissioner, Justice Oyomire, the Inspector General of Police (IGP) and the Department of State Service (DSS).

At the mention of the case on Wednesday, Oshiomhole’s lawyer, Ehiogie West-Idahosa said he was served with the notices of preliminary objection by the 1st to 4th and the 6th respondents on the 9th of June, 2020.

West-Idahosa said although he has filed “all our responses to these processes,” he was yet to serve all the respondents.

Ruling, Justice Mohammed granted the request for an adjournment and adjourned till June 29 for the hearing of either the respondents’ motions, challenging court’s jurisdiction alone or with the substantive application.

The judge said the orders of the court made on June 1, 2020, still subsist pending the resolution of the issue of jurisdiction.

Justice Mohammed had, in a ruling on June 1, said: ”An interim order is hereby made restraining the prosecution of the applicant under the report submitted to the 1st to 3rd respondents or any white paper, pending the determination of the issue of jurisdiction raised in the 1st to 4th respondents notice preliminary objection”.

The judge directed Oshiomhole’s lawyer to serve all the respondents his processes within 48 hours.

But For Court Restraint Obaseki, Others Would Have Arrested Oshiomhole Over Corruption