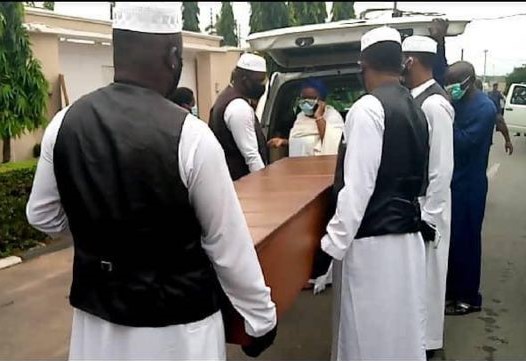 According to the Police Command, the action was to prevent the family from burying the late Acting National Chairman of the All Progressives Congress(APC) in Agodi based on litigation on the residence.

A war of word had broken out between Ajimobi’s family and Oyo State Government over the burial site for the late politician.

While the family opted for the Agodi GRA residence, the Government said it was not a good choice because Ajimobi had taken ownership of the residence to court.

But Oyo Command spokesperson, Mr Olugbenga Fadeyi, a Superintendent of Police, said the order to dispatch operatives to the property was from the Police Headquarters, Abuja.

He said the presence of policemen was to ensure that hoodlums do not unleash mayhem on important dignitaries that would be attending the burial of the late Governor.

According to Fadeyi: “Today being the day for the burial of the former Governor, Operations order was released from Police headquarters to provide adequate security for dignitaries that will grace the occasion.

“The Police is for protection of lives and properties and will not allow hoodlums to unleash mayhem of important dignitaries.”