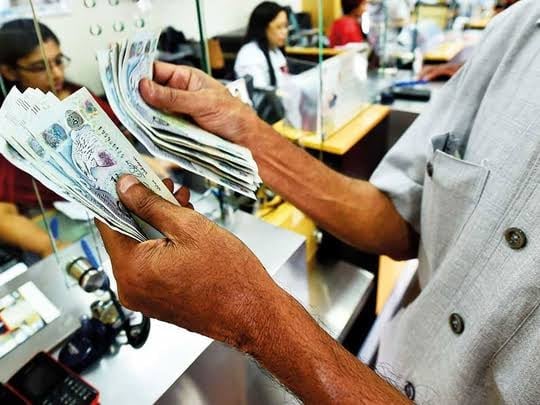 Migrant workers’ wage theft occurring at the countries of destinations amidst global COVID-19 pandemic situation has become a significant factor in the remittance dip, according to a lead economist from the World Bank.

Dilip made the remarks on Tuesday (July 21) while responding to a query at an online panel discussion on “Transitional Justice: Towards “Building Back Better” jointly organized by Manila-based Migrant Forum in Asia (MFA), Delhi based Global Research Forum on Diaspora and Transnationalism (GRFDT) and Beirut-based Regional Center for Refugees and Migrants (CCRM).

Wage theft, the practice of employers failing to pay workers the full wages to which they are legally entitled, is a widespread and deep-rooted problem that directly harms millions of Asian and African migrant workers each year.

Senior government delegates, civil society leaders and rights activists from different countries across the world attended the webinar, stressed the need for creating global funds under the auspice of the World Bank, the International Labour Organization (ILO) and the International Organization for Migration (IOM) for supporting the distressed migrant workers.

They also stressed launching strong movements at the national, regional and global levels campaigning for the establishment of the transitional justice system to realize migrant workers’ theft wages as, during the pandemic, hundreds of thousands of the poor migrant workers have been the worst victims of the wage theft at their destinations, especially in the Gulf countries as they have been forced to return to their homes.

MFA regional coordinator William Gois, also a global migration expert, moderated the webinar recalled that on 1st of June, a coalition of civil society organizations and trade unions launched an appeal for an “Urgent Justice Mechanism”, to address the plight of millions of migrant workers who have been repatriated or are awaiting repatriation as a result of pandemic-related job loss.

They have appealed to the governments to establish a transitional justice mechanism that would specifically address the huge volume of cases of wage theft and other outstanding claims heightened in the course of the pandemic, ensuring migrant workers ability to access justice and receive their due compensations.

According to the World Bank, the projected fall, which would be the sharpest decline in recent history, is largely due to a fall in the wages and employment of migrant workers, who tend to be more vulnerable to loss of employment and wages during an economic crisis in a host country.

Remittance flows are expected to fall across all World Bank Group regions, most notably in Europe and Central Asia (27.5 per cent), followed by Sub-Saharan Africa (23.1 per cent), South Asia (22.1 per cent), the Middle East and North Africa (19.6 per cent), Latin America and the Caribbean (19.3 per cent), and East Asia and the Pacific (13 per cent).

The large decline in remittances flows in 2020 comes after remittances to LMICs reached a record $554 billion in 2019. Even with the decline, remittance flows are expected to become even more important as a source of external financing for LMICs as the fall in foreign direct investment is expected to be larger (more than 35 per cent).

In 2019, remittance flows to LMICs became larger than FDI, an important milestone for monitoring resource flows to developing countries.

“Those workers who remain to continue in the countries of destination will be forced to work for slashed wages. This is again a form of wage theft and it is also going to impact the remittances,” Dilip said.

Employers refusing to pay promised wages, paying less than legally mandated minimums, failing to pay for all hours worked, or not paying overtime premiums deprives working people of billions of dollars annually. It leaves hundreds of thousands of affected workers and their families in poverty.

Unfortunately, countries of destination and origin have begun repatriation procedures of these workers, without any proper redress mechanism, since courts and other labour dispute mechanisms have also been closed during the period of the lockdown.

Therefore, these violations are piling up and either not be addressed or overburdening the existing dispute resolution mechanisms.

The stranded worker will get a call from the mission house giving him some 48 hours maximum to purchase a return ticket. The companies often clear the migrant workers’ papers only after the worker gets a travel confirmation call from the embassy is received.

Eventually, the worker won’t have ample time to register his grievances if there are any.

There are around 35 million migrant workers in the Arab Gulf countries who work under the Kafala system, a peculiar employer-employee contract which restricts many rights and freedom of migrant workers.

Meanwhile, details on wage theft and justice mechanism, RoulaHamati, coordinator, Cross-Regional Center for Refugees and Migrants, said that pandemic has made wage theft a normal thing in all sectors and only a few go-to courts.

“We can’t continue like this. Numbers should not be a criterion in taking up this issue. We should set up an International Claims Commission to deal with the wage theft issue,” Roula said.

According to Roula, the International Claims Commission must be set up as a specialized international quasi-legal body of expedited justice to adjudicate on claims of migrant workers on an expedited basis in cases related to wage theft and other outstanding claims and to provide equitable remedies.

“Cases could be received directly from migrants themselves or through entities providing support or legal representation to migrants. All pre-existing case documentation should be referred to the Claims Commissions for resolution,” Roula said.

The latest ILO estimates show that working hour losses have worsened during the first half of 2020, reflecting the deteriorating situation in recent weeks, especially in developing countries.

The ILO report reveals that during the first quarter of the year, an estimated 5.4 per cent of global working hours (equivalent to 155 million full-time jobs) were lost relative to the fourth quarter of 2019.

“Working hour losses for the second quarter of 2020 relative to the last quarter of 2019 are estimated to reach 14.0 per cent worldwide (equivalent to 400 million full-time jobs),” the report adds.

Meanwhile, ShahidulHaque, Former Foreign Secretary, Bangladesh, said the discussion that making rights as an entitlement for migrant workers only can resolve the issues.

“So far, we discussed how to govern migration. But we missed the rights angle. We should not repeat that. Additionally, we should force the countries to honour global compact on migration even if it’s a non-binding one. As they (countries) have signed it, they should honour it,” Shahidul said.

While detailing the woes of Bangladeshi workers who returned penniless due to job loss from COVID-hit countries, he also endorsed the need of setting up an international claims commission to address the wage theft.

According to the former foreign secretary, some 500,000 Bangladeshis have returned jobless from COVID-hit countries.

While RyszardCholewinski, Senior Migration Specialist, ILO Regional Office for the Arab States, Beirut, said that ILO can look into the possibilities of setting up a Claims Commission if trade unions and CSOs come forward, Neha Mishra, Senior Migration Specialist from Solidarity Center said that lack of freedom of association for migrant workers is leading to wage theft.

Coronavirus – Sierra Leone: Proclamation for the Conduct of a MTPHC

‘Covid-19 Brings Opportunity For Transformation and Diversification of CEMAC Economies’