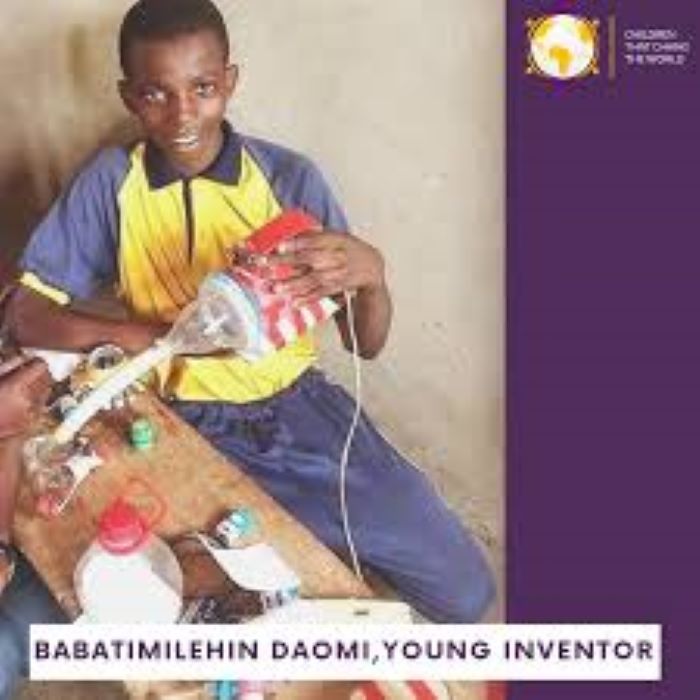 Proving that all hope is not lost for the Nigerian people, the National Awards winner and an undergraduate of University of Ilorin, UNILORIN, Babatimilehin Daomi, has built 100% Nigerian-made Rocket.

He told TheCheer that this Nigerian made rocket is capable of carrying Military Warheads and deliver it to enemy territory.

Daomi officially launched it to mark the 60th Anniversary of Nigeria.

”I want to make Nigeria a continental military super-power that she was before,” he said.

According to him, because Nigeria has been confronted with serious terrorist attack and warfare for over ten years, he sees this invention as his contributions to nation-building.

He said: ”Another reason why I built this prototype Rocket is to ensure that Africa has her share at ISS (International Space Station).
”I have been building other aerial vehicles gear towards fulfilling the vision for Space exploration.”

Watch the launch of the rocket below and please share this video until it gets to top government functionaries in Nigeria.

What Tottenham Did Differently To Beat Chelsea 5-4

See What Nollywood Actress, Stephanie Okereke Says About Her FG New Appointment - The Cheer News September 30, 2020 at 8:31 am