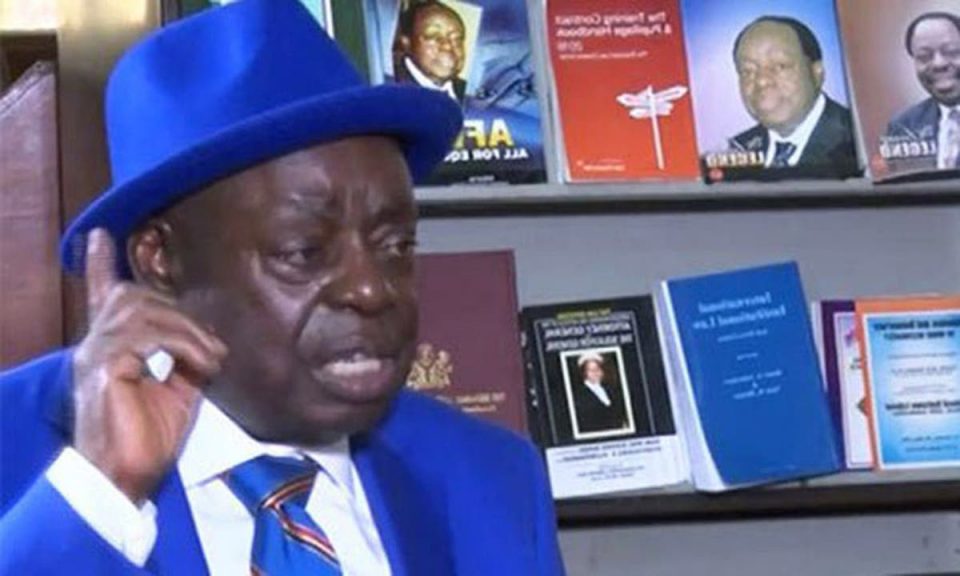 He urged President Muhammadu Buhari to caution the Inspector-General of Police, Muhammed Adamu not to use confrontations against the protesters, adding that it could lead to revolution.

Babalola gave the charge on Friday at ABUAD farm while addressing farmers across 16 local government areas of the state at a session in commemoration of the World Food Day.

He stated the youths were not only protesting against police brutality but also the ‘insurmountable problems’ of poverty, unemployment, corruption, systemic and leadership failure.

Babalola said the future looks bleaks if the hydra-headed problems afflicting the country are not addressed, adding Nigerians are struggling with poverty in its naked form.

He condemned the series of attacks on the aggrieved protesters, describing the actions as illegal and unconstitutional.

The legal icon cautioned police operatives against harassing any protesters but provide adequate security for them to press home their demands.

He noted youths have the inalienable and fundamental right to protest against agencies of the Federal Government that have derailed from carrying out its constitutional mandate.

“It’s sad that our police authorities could stoop so low to have attacked Nigerians protesting against brutality, extortion and harassment by the Special Anti-Robbery Squad.

“Protest is a legitimate way of expressing opinions concerning government actions or inactions. The rights to peaceful assembly and freedom of expression are guaranteed under the constitution as fundamental rights.

“So, it’s fundamental that people should have a right to protest. Our youths took to the streets protesting because there is something paining them.

“They are telling the people in power that there’s pain. The pain may be poverty, unemployment, corruption and what the police is doing. And so no sensible government will not react to it.

“It is expedient that the Government should negotiate immediately and meet their demands to avert revolution,” he said.

COVID-19: NAFDAC Has Not Approved Any Drug For Treatment