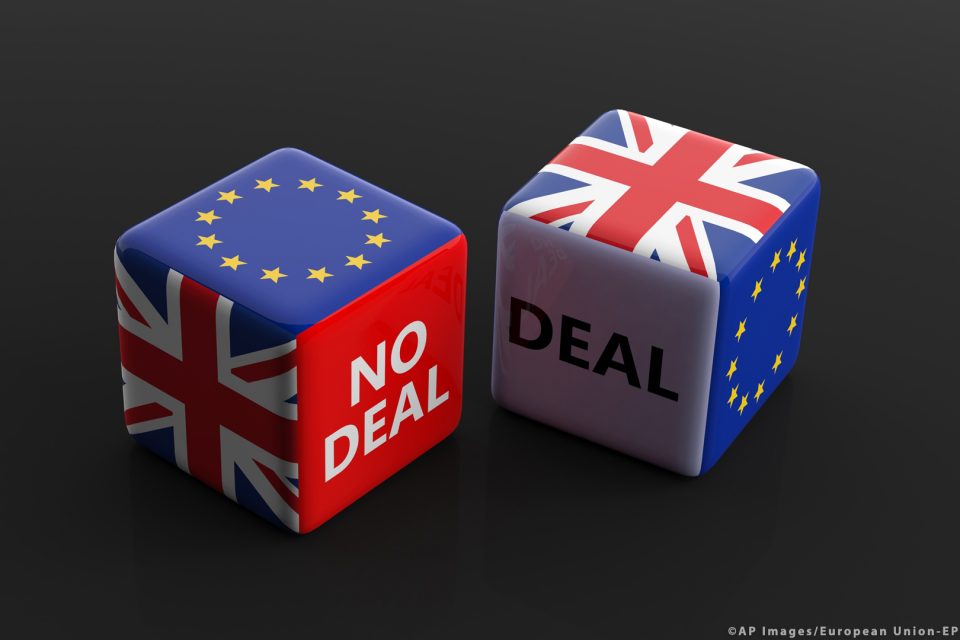 The Brexit deadline came, went, came again and went again. Both sides look foolish. Which means that if nothing, else, both sides desperately want an agreement and neither side wants to be the one that walks away from the table.

Fish appear to be the biggest sticking point.  And the two countries at loggerheads are traditional foes Britain and France.

Economically speaking, neither country’s fishing industry makes much of a contribution to the respective GDPs, although the French industry is almost three times the size of the British. But they both have well-organised community-based political lobbies, backed up by history, tradition and an overwhelming sense of injustice.

Up until the 1950s, Britain had the world’s largest fishing industry, and its dominant position stretched centuries into the past.  William Pitt the Elder called cod “British Gold” and Victorian Grimsby was the world’s biggest fishing port. Overfishing, the loss of the Icelandic waters, the extension of exclusive economic zones and finally, the EU’s Common Fisheries Policy (CFP), reduced the industry from whale to sprat. There are now 24,000 people employed in the British fishing business compared to 65,000 in the French.

The CFP was—is—a bad deal for British fishermen. This is mainly because it was negotiated on the basis of historic fish catches in the 1970s when the industry was still based on a distant water fleet and the British waters were left to a large degree to French, Belgian and Dutch fishermen.

British fishermen don’t expect a return to the glory days but they want the lion’s share of fish in the resource-rich British waters. Of the roughly 6.4 million tonnes of fish caught in EU waters in 2018, 7000,000 came from UK waters. The French want to hang on to what they’ve got.

The geographic realities of the fishing industry give it political power out of all proportion to its size or contribution to the economy. Fishing requires access to the sea which means that fishermen are concentrated in fishing ports. In the Scottish towns of Peterhead and Fraserburgh, roughly 40 per cent of the working population are employed in the business of fishing. Not surprisingly, these two towns bucked the Scottish trend and voted Brexit, as did most of the Southwest, Hull, Grimsby and Northeast England.

A constituency’s dependence on an industry means that one of the main responsibilities of the constituency’s elected representative is to protect that industry. It is not surprising therefore that Britain’s fishing communities are mainly represented by pro-Brexit, anti-CFP, conservative MPs, which gives the British fishing lobby a small but significant foothold in the ruling conservative government.

French fishermen have concentrated mainly in Calais, Boulogne and Brest. Calais is France’s most right-wing constituency. Forty-nine per cent of its electorate voted in the 2015 presidential elections for the National Front (now National Rally) leader Marine Le Pen. With both eyes squarely set on the 2022 elections, President Emmanuel Macron has declared that French fishermen would not “in any situation” be sacrificed to Brexit.

French fishermen have issued a variety of threats if their quotas are cut. They will block British ferries from entering French ports and British fish exports—75 per cent of the entire catch—will be banned from EU markets.

British negotiator Lord David Frost has offered to replace a drop in English Channel quotas with an increase in fishing quotas in Scottish waters and the Celtic and Irish Seas. This is likely to add fuel to the Scottish independence debate with claims that Scottish fishermen are being sacrificed for an English Brexit. It is also unacceptable to the French because their fleet is comprised mainly of small vessels which restricts the distance they can travel to the fishing grounds.

READ ALSO: Observations of an Expat: Trump, COVID and Me

It would appear that all the elements of a deadlock are firmly in place. Except that deadlock is a synonym for “No Deal” Brexit. Both sides lose in that scenario. The French will likely be banned completely from UK waters and the British will be unable to sell their fish because they will be barred from EU markets. Common sense screams compromise. But is anyone listening?

The differences between Trump and Biden in Thursday night’s town hall format could not have been starker. Trump was better entertainment. In contrast, Biden was reassuringly boring.  If the occupancy of the White House was based on TV ratings then Trump would stay in the Oval Office forever.  His emergence on Thursday as conspiracy theorist-in-chief had audiences glued to their goggle boxes and rubbing eyes and ears in disbelief. Credulity centred on his statements about QAnon who support Trump and have claimed that the world is run by Satan-worshipping paedophiles of Democrats, Hollywood celebrities and billionaires who drink the blood of abused children. Under incredulous questioning from moderator Savannah Guthrie, the president refused to disassociate himself from a group which the FBI has described as “potential domestic terrorists.” He also supported the trope that Biden sent a Navy Seal team to their death and the death of Osama bin Laden was staged. The good news is that the president did appear to back away from previous threats of election violence.  Biden on the other hand droned on and on explaining his policies in soporific detail. He did, however, have a sticky moment over suggestions that a Biden Administration would pack the Supreme Court in retaliation the rushed-through appointment of Judge Amy Comey Barrett.  Biden at first tried to dodge the question, but under questioning from moderator George Stephanopoulos said he would reveal his position before Election Day. The two men have one more debate to go— a face to face on 22 October.  The first face to face was a shambolic embarrassment involving two elderly white men shouting at each other. For the sake of American democracy—and world stability—and we can only hope for better the second time around.

If we are expected to believe US Supreme Court nominee Judge Amy Comey Barrett, then she is little more than an empty vessel waiting to be filled with carefully formulated legal arguments. In four days of testimony before the Senate Judiciary Committee Judge Barrett has refused to give her position on Obamacare, gun control, climate change, LGBTQ rights, abortion and even the right of President Trump to pardon himself. In some ways, she is quite right. A judge—at whatever level—should not prejudice the outcome of a case by expressing a view before the arguments have been presented and carefully considered. But there are strong counter-arguments in this particular instance. For a start, her past positions are public knowledge. She has come out against abortion and gay rights. She has also said she is opposed to Obamacare, gun control and has denied climate change.  The democratic members of the committee have merely asked her to confirm what she has already written or said. She refuses to do so.  Next, there is the fact that Trump said he was nominating Judge Barrett because of her strong conservative credential on all the above topics. And finally, she is not yet on the Supreme Court bench. But she continues to duck and dodge a hail storm of questions. Most disconcerting for me is her refusal to say whether or not President Trump can pardon himself—as he so vehemently claims. In one breath, Judge Barrett says no one is above the law. In the next, she says she “cannot offer a view” on the issue without listening to the arguments.

The following is probably a vain attempt to clarify the confusing covid-19 restrictions of the British government. To start with, the government is trying to avoid the economic damage caused by a national lockdown by containing restrictions to geographic areas where coronavirus is hitting hardest. At the moment that means Manchester and northwest England. The Johnson government has come up with a three-tier approach with Tier 1 being the most lenient.  Under the first tier, the” Rule of Six” applies (no more than six people can meet anytime anywhere). Weddings and other “significant events” are restricted to 15 people. Thirty people are allowed to attend funerals. Attendance at mass sporting events is banned. Face masks must be worn in shops, restaurants, pubs and public transport. Curfews will be imposed. There will be table service only at pubs and restaurants and working from home is encouraged. Tier 2 is all of Tier 1 plus a ban on meeting people in your home. Funerals are limited to 15 and you can only travel for essential reasons. Tier 3 is basically a complete lockdown.  In addition to Tier 1 and Tier 2 restrictions, no social contact is allowed outside of your home. Sports are completely banned and pubs, restaurants—the entire local hospitality industry—is closed. You may think that the above is a bit harsh. It is nothing compared to what the British scientific community are recommending. They want a national Tier 3 level lockdown for about two weeks. They call it a “circuit breaker”, and without it they are predicting 10,000-plus extra deaths by the end of the year. At the other end of the spectrum are libertarian-conservative MPs who oppose any restrictions.

Britain is introducing new lockdown restrictions because it is enduring wave two of the coronavirus pandemic—and so is the rest of Europe. In the Czech Republic, schools and bars have been shut.  In the Netherlands cafes and restaurants are closed and there is a ban on alcohol sales after 10 pm. Belgium has warned that the country will run out of hospital beds within four weeks if infections continue at the present rate. In France, police have raided the home of Health Minister Olivier Veran as part of a legal inquiry into the government’s handling of the pandemic. Globally 1.09 million have died. Not since the 1918-1920 Spanish flu pandemic have so many lost their lives in a public health disaster. The United States continues to top the charts with 8 million confirmed covid cases and 220,000 deaths—despite President Trump’s assertion that the pandemic is under control. China has shut down the city of Qingdao and is testing all nine million inhabitants after a dozen coronavirus cases were discovered. The pandemic has reached record levels in Iran. On 14 October 4,870 new cases were reported. The pandemic has so far cost the lives of 110,000 people in India. Neighbouring Pakistan has relatively few cases, but the experience of the rest of the world proves that that is no guarantee of future health.

The political temperature in Belarus has risen several degrees this week. Alexander Lukashenko has ordered his police to use “lethal weapons” against what his Deputy Interior Minister Gennady Kazakevich, described as “groups of militants, radicals, anarchists and football hooligans. On Sunday 700 people were arrested. Opposition Leader Svetlana Tikhanovskaya responded by demanding that President Lukashenko resign, police violence ends and political prisoners are released. If Lukashenko fails to accede to her demands then she will call a general strike from 26 October. In the meantime, the EU has again extended its sanctions against the regime in Minsk and President Putin has offered Lukashenko Russian police if the violence continues to escalate. Putin’s police are one of the last things that Lukashenko wants to see on Belarussian soil as it could easily lead to a de facto—if not a de jure—annexation of Belarus by Moscow. For that matter, does Putin really want to take on a Belarussian headache when his approval rating with his home audience is dropping?

Observations of an Expat: Trump, COVID and Me