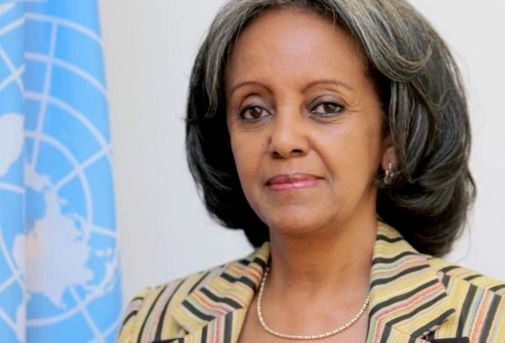 Ethiopian Nobel peace prize winner Abiy Ahmed is planning—hoping with fingers and toes crossed—for a speedy and decisive end to his dispute with the rebel province of Tigray.

If his hopes are unrealised than it will have severe and widespread repercussions in the second-most populous county in Africa, the strategic Horn of Africa and beyond.

Prime Minister Abiy and the leadership of the Tigray People’s Liberation Front (TPLF) have been at loggerheads since he took over the premiership two years ago.  Up until then, the TPLF had held the reins of power in Addis Ababa. Corruption, human rights abuses and a long war with Eritrea pushed them into an unwelcome political wilderness.

The problem is complicated by Ethiopia’s complex ethnic mix of 80 different groups speaking 86 languages. In an attempt to hold these competing factions together the 1995 constitution established a loose federation of nine ethnically-based states; each with the right of self-determination up to the right of secession. The constitution was a TPLF creation.

The TPLF-constructed constitution does not, however, fit in with Abiy’s vision of a unitary modern democratic state. He booted the TPLF out of the ruling coalition and formed a national political party, the People’s Prosperity. Then, to add insult to injury, Abiy used the excuse of the coronavirus pandemic to postpone elections due last August.

This was the final straw for the TPLF. They organised their own regional elections in September. The results were quickly dismissed by Abiy. He declared the newly-elected legislature illegal, imposed a six-month state of emergency and shut down the telephone and internet network. On 4 November federal troops started marching towards The Tigrayan capital Mek’ele and people started dying and fleeing for their lives.

Uganda, Kenya and the African Union have offered their services as mediators. Abiy has refused them all. He maintains that his dispute with the TPLF is an internal matter of law enforcement and that other countries should stay out of it.

This is all well and good, but if Abiy fails to quickly and decisively conclude the conflict it will spill over into the rest of the Horn of Africa. In only a few days, 30,000 refugees have fled across the border from Tigray into neighbouring Sudan. They are the start of a new stream of displaced persons who have joined the flood from Syria, Eritrea, Afghanistan, Libya and the West African Sahel who are threatening to overwhelm the international community’s ability to cope with displaced persons. According to the United Nations High Commissioner for Refugees, the number of refugees successfully resettled in 2020 hit a record low of 15,435 compared to 126,0000 in 2016.

READ ALSO: Observations of an Expat: 2024

Then there are the Oromos, who inhabit the east and southeastern section of Ethiopia which borders troubled Somalia. They are also displeased with Abiy’s political realignments and his decision to postpone the election. The result? Reports of the beginning civil unrest in Oromia.

Ethiopia is one of the biggest contributors to the AU peacekeeping force in Somalia (4,400 troops) which play a vital part in containing the Al Qaeeda offshoot Al Shabaab.  Abiy has withdrawn 600 federal troops from Somali border patrols, but so far Ethiopia’s contribution to AMISOM remains untouched. But for how long if Tigrayan problems drag on?

Eritrea is another unknown. Abiy won his Nobel Peace Prize for ending the long-running Eritrean-Ethiopian war. Now there are reports that he is talking to the Eritreans about soliciting the help of the Eritreans—who sit on Tigray’s northern border—if federal troops become bogged down in Tigray and possibly Oromia as well.

Such an alliance would be a pact with the devil for Abiy. Eritrea rivals North Korea as a repressive totalitarian state devoid of basic human rights. Out of a population of 6 million, roughly a million Eritreans have fled the tranny of Eritrea’s ruling People’s Front for Justice and Democracy. Half a million of them are in Ethiopia and Sudan and an estimated 400,000 are in Europe.

TPLF’s democratic and human rights credentials are also poor. They are a Marxist organisation tempered by a dose of practical politics. As a basically Marxist party, the TPLF espouses the principles of democratic centralism which concentrates power in the hands of a tiny political elite. Abiy hopes that by eliminating the elite he will solve the problem.

If you were curious as to why outgoing President Donald Trump recently fired Defence Secretary Mark Esper then your curiosity was satisfied this week. Esper was one of the few remaining figures in the US cabinet prepared to act as a brake on the president’s more outlandish policy initiatives; one of them being precipitous withdrawal from defence commitments with no regard to the wider consequences. On Tuesday, Trump announced that he was cutting US forces in Afghanistan by half to 2,500 troops and pulling out of Iraq completely. This was done unilaterally without consultation with Congress or NATO allies. This is an important point because Afghanistan was a NATO—not just American—operation following the attack on the World Trade Centre. The other worrying development was serious consideration given to Trump’s suggestion that the US bomb Iran’s Natanz nuclear facility. He was talked out of the action by the generals who warned that it would inevitably lead to a Middle East conflagration. Trump’s penchant for firing people continued this week. This time the victim was the much-respected Chris Krebs, head of the Cybersecurity and Infrastructure Security Agency. Mr Krebs had the temerity to contradict President Trump’s claim that the elections were fraudulent. Trump has always demanded total loyalty to his person. Krebs, Esper and others have taken the service-oriented position that their first loyalty is to the US constitution and the rule of law.

Facebook CEO Mark Zuckerberg and a bearded Twitter chief Jack Dorsey were grilled this week by the US Senate’s Judiciary Committee. The Democrats wanted to know why the social media giants were not doing more to stop the spread of conspiracy theories and Trumpian lies. The Republicans claimed that Facebook and Twitter were damaging free speech by attaching warning labels to presidential posts and/or refusing to display them. The root of the problem lies in the editorial policy—or total absence thereof—of the social media companies. They have so far successfully claimed that their businesses are no more than cyber walls upon which people are encouraged to post more or less whatever they want. This of course, has led to these walls being usefully used to propagate the latest news and photos of little Johnny and Jane and advertise legitimate businesses. But they are also used to promote political and financial lies, conspiracy theories, recruit young people to extremist groups and serve as a safe haven for paedophiles and porn merchants. Governments have reacted by demanding that the social media companies monitor and remove offending posts. Reluctantly the social media companies have agreed, but it is done after the fact; and with 500 million tweets a day on Twitter, reading every single one of them appears to be a physical impossibility. So, why not dispense with the legal fiction that social media companies are no more than cyber walls and bear no responsibility for what appears on their sites. They are media companies and should be subject to the same libel and slander laws as a newspaper, radio station or television broadcaster. Posts should be moderated before being made public. Anonymous transmissions should be banned and those damaged by a libellous posting should be able to seek financial compensation from the source of the libel and the social media company that published it.

Britain was the prime mover behind the admission of Poland and Hungary to the EU. For public consumption, the reason for their support was the protection of democracy in the two former Soviet satellites. Unofficially, the British wanted to balance the Franco-German axis and slowdown moves towards a European federal state. Well, now Britain has exited the European project and the Brussels Eurocrats—and the member countries—are left with an East European headache. The latest problem is Poland and Hungary’s block on the EU’s $2.1 trillion budget at a time when every penny is desperately needed to recover from the pandemic. Hungarian Prime Minister Viktor Orban and his Polish counterpart Mateusz Marawiecki are angry at the insertion in the budget of a “rule of law” clause which says member states must support democratic values and the rule of law. If they don’t, under Article 7 of the EU membership Treaty, funds, voting rights, etcetera, could be withheld from the guilty states. Poland and Hungary are under more or less perpetual investigation for breaching club democracy rules. Orban, for example, has used the pandemic to pass legislation that allows him to rule by decree for an indefinite period. Hungary is the only EU country classified by the think tank Freedom House as only “partly free”. Poland has been criticised for its crackdown on the press and the lack of an independent judiciary. So far, both sides have avoided a total breakdown. The current deadlock may change that.

The Chinese Communist Party is becoming increasingly angry with the Australian government over its stand on issues such as Xinjiang, Hong Kong, Taiwan, the South China Sea and Huawei. It is particularly concerned about Prime Minister Scott Morrison’s enthusiastic support for the Trump/Pompeo vision of an Asian NATO. But what to do about it? Well, Beijing reckons that it has some economic leverage over Australia as about 30 per cent of Australia’s exports are to China. The problem for the Chinese Communist Party is that it needs Australian primary products such as anthracite coal and iron ore as much as Australia needs to export them. Alternative sources can be found, but with difficulty. Not so difficult to replace are Australian agricultural products such as beef, lamb, wool, cotton, wheat, sugar and seafood and China pays $6.5 billion a year for these primary Australian products. Recently Beijing, has started “making it difficult” for Australian agricultural exports to China. A cargo of $2 million worth of live lobsters was detained on the tarmac at Shanghai Airport until they died. This followed Chinese restrictions on Australian cotton, barley and beef. Now the Chinese are threatening to stop Australian wine imports (worth £1 billion a year) because they claim they are government subsidised.  It is not surprising that Scott Morrison is clamouring for Britain to complete its exit for the EU so that Canberra and London can start a free trade deal. But Australia will need more than 60 million thirsty Brits to make up for 1.3 billion hard-drinking Chinese.

I have decided to head off to the park with a bag of birdseed, large salt shaker and net to capture myself a pigeon. Once apprehended, said pigeon will start a rigorous programme of press-ups, sit-ups, star jumps and wing and lung strengthening exercises. What has prompted me to consider this action? I have learned that it could be my best route to fame and fortune. This week a two-year-old lady pigeon named Kim netted its Belgian owner Kurt Van de Wouwer a staggering $1.89 million. This is a world record. Pigeon racing is something of a national sport in Belgium. For a time the British led the world pigeon stakes after Belgium’s King Leopold II presented a flight of the birds to the British Royal Family in 1886. Victoria, Edward VII and George V were all keen pigeon fanciers and their interested trickled down to create hundreds of pigeon racing clubs. After World War Two, interest waned in Britain and Belgium regained its crown as pigeon racing capital of the world. But now they are being challenged by China. Yes, it was the Chinese who bought Kim.