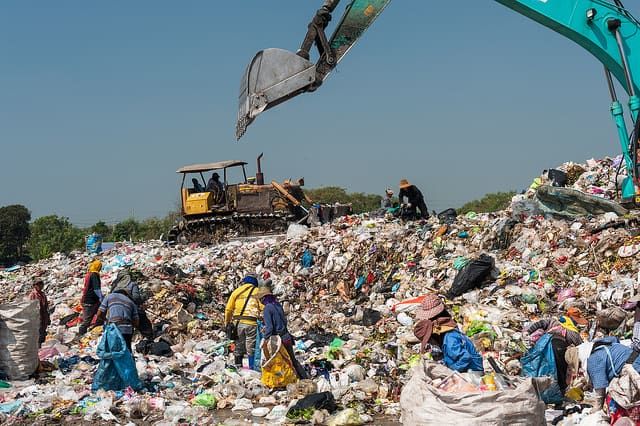 An Information Technology (IT) engineer, Mr James Howells has mistakenly thrown away the hard drive of an old computer containing his bitcoin private keys of 7,500 bitcoins.

A hard drive is the hardware component that stores all of your digital content. Your documents, pictures, music, videos, programs, application preferences, and operating system

Considering the value of the Bitcoin, Howells has decided to offer 25 per cent of the total value to the Newport City Council landfill site in Newport, South Wales.

The coins, worth almost $300 million at the current price, is now in a landfill site in Newport, South Wales.

While lamenting his error, the I.T engineer explained that he mistakingly threw out the hard drive that contained his bitcoin private keys in summer 2013 when he was clearing out his desk.

According to him, when he realized his mistake, he requested the council for permission to search the city’s landfill site but his request was turned down.

Howells, 35 said: ”I had two identical hard drives and I threw out the wrong one.”

In the meantime, Howell is now offering his city council 25% of the bitcoin stored in the hard drive, worth about $75 million at the current price, in the form of a Covid Relief Fund for the city’s residents.

Howells words: “I’ve got backing from a hedge fund who are willing to put up the funds for the project. We are happy to put money in an escrow account.

“If I could access the landfill records, I could identify the week that I threw the hard drive away,” he shared his plans. “I could identify the serial number of the bin that it was in, and then I could identify where the grid reference is located. We only want to search in one specific area. We want to employ an inflatable structure to create an air-tight seal around that area to stop landfill gases escaping.”

Bitcoin reports that despite years in the landfill, Howells said he is confident that his bitcoins are recoverable.

Howells added: ”There is no guarantee that it’s still working because of the environment it’s been in, but there are things that give me confidence.

“The outside case might be rusted. But the inside disk, where the data is stored, there should be a good chance that it still works.

“I believe there still will be a chance. But the longer this drags on though, it’s less likely to be a possibility.”

According to Bitcoin.com. a Newport City Council spokeswoman confirmed that the council “has been contacted a number of times since 2014 about the possibility of retrieving a piece of IT hardware said to contain bitcoins.”

The city council’s spokeswoman said: ”The cost of digging up the landfill, storing and treating the waste could run into millions of pounds – without any guarantee of either finding it or it still being in working order.

“The council has also told Mr Howells on a number of occasions that excavation is not possible under our licensing permit and excavation itself would have a huge environmental impact on the surrounding area,” the spokesperson described.

“Even if we were able to agree to his request, there is the question of who would meet the cost if the hard drive was not found or was damaged to such an extent that the data could not be recovered. We have, therefore, been clear that we cannot assist him in this matter.”