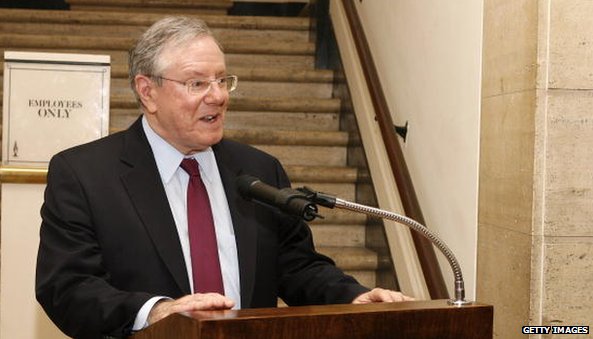 Worries have emerged about the Bitcoin economic potentials compare to the dollars and gold that have no limitation to access.

Speaking in this regard, the Publisher of Forbes, Mr Steve Forbes said bitcoin’s fixed supply is a limitation.

There are only 21 million bitcoins that can be mined in total. Once miners have unlocked this amount of bitcoins, the supply will be exhausted.

According to him, limiting the amount of Bitcoin in circulation would curb the ability of the cryptocurrency to meet the needs of a growing economy.

Placing Bitcoin alongside the dollars, Forges pointed out that the Bitcoin is presently too volatile to function as money.

The Publisher posited that the cryptocurrencies can only challenge existing money if their value is tied to that of gold or the Swiss franc currency.

While admitting the idea that the Bitcoin will eventually replace the dollar, Forbes added that the cryptocurrency is “now seen as a respectable investment class.

According to him, the “financial institutions are adding it to their portfolios.”

His words: ”People are piling in because of a lack of faith in government fiat currencies. The Federal Reserve and other central banks have crushed interest rates and are printing unimaginable amounts of money to pay for Covid relief measures and to stimulate damaged economies.

”Some of these steps, which are inflationary, could be the possible reasons why bitcoin has now become the darling of investors.”

Forbes also acknowledges that some enthusiasts do see bitcoin as “the new gold” while others believe it will “eventually replace the dollar.”

Nevertheless, this is not about to happen because of how bitcoin’s volatility can potentially affect the contract system.

In buttressing his argument, Forbes gave an example of a housing mortgage loan to illustrate why cryptocurrencies cannot be used in contracts.

Forbes said: ”Say you took a mortgage in March for $250,000, today will owe the bank almost $2 million. No one in their right mind would sign a long term contract based on bitcoin.”