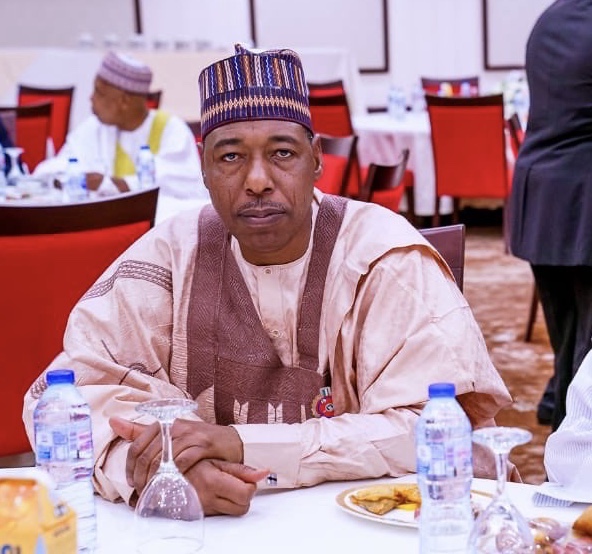 No fewer than three persons in the entourage of the Governor Babagana Umara Zulum of Borno State have feared dead.

Mai Kanuribe of Lagos, Alhaji Mustapha Muhammadu, and other two persons were confirmed dead in a ghastly road accident involving their vehicle which accompanied the convoy of Governor Babagana Umara Zulum of Borno State.

Vanguard reports that a sources said, “the Governor and his entourage on Tuesday went to his hometown, Mafa Local Government Area to participate in the ongoing All Progressives Congress (APC) Registration and Revalidation Exercise, unfortunately, while on their way back after the exercise, one of the vehicles in the convoy, conveying the Mai Kanuribe of Lagos had a road mishap and crashed along Mafa- Maiduguri road.

“Two occupants including Mai Kanuribe of Lagos, Alhaji Mustapha Muhammadu died at the spot while the driver who sustained serious injuries later died some few hours after.

“The Governor and the entourage including the former governor Kashim Shettima evacuated the remains of the deceased to their family house in Maiduguri this afternoon.”

The Source said. According to one of the family, Source said “Innaillahi, Death of Mai Mustapha Muhammed, the Mai Kanuribe of Lagos State in a ghastly motor accident along Mafa Road, Borno State. Burial at 2.30 pm today (Tuesday) at his residence in Bulumkuttu ward of Maiduguri”.

FG Reveals Why Nigerians Must Pay More For Fuel

How Will Family Cope With Their Lost Father