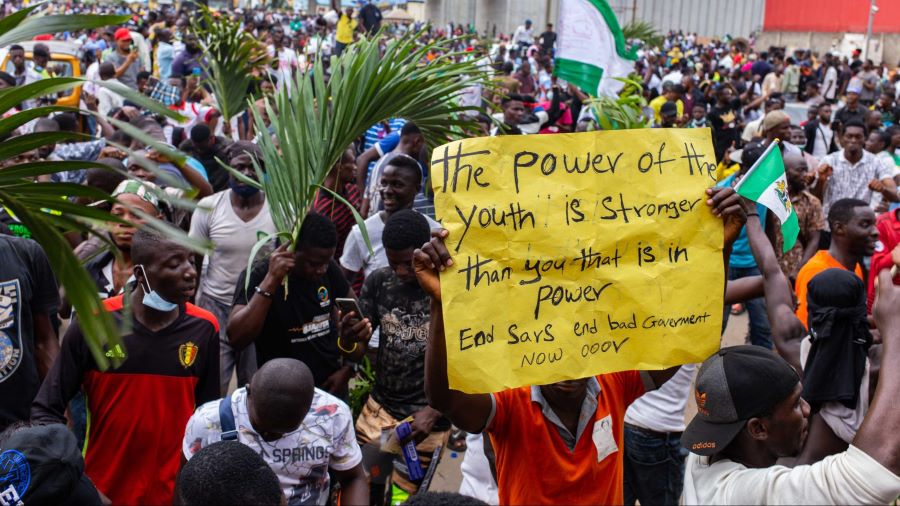 The ban on cryptocurrency by the Central Bank of Nigeria, ruling of the Lagos State Judicial Panel and the reopening of the Lekki Tollgate among others are the reasons the Occupy Lekki Tollgate must hold on Saturday, the organisers have declared.

In a press statement, the organiser said they are undaunted by threats by security operatives and counter-protesters under the aegis of #DefendLagos.

They said:, “After committing genocide by killing scores of people who were peacefully protesting at Lekki Tollgate and other parts of Lagos, Governor Sanwo-Olu and other oppressors want to spit on the dead and dance on the blood of the innocent by reopening the yahoo gate to be collecting their blood money as again.

“We say NO! We are undaunted! We will be occupying Lekki Tollgate again starting from Saturday, February 13. We urge all well-meaning Nigerians to storm back all the barricades as our rulers have shown that they can never change. Since the #EndSARS, they are yet to affect any of the promises. Police brutality is still raging and SARS is still operating.

“Despite overwhelming and highly compelling evidence showing how several protesters were shot by the military, no single military personnel has been brought to book.

“Deaths have been established and many victims of the Lekki shootings have surfaced, yet neither the victims nor families of our deceased colleagues have got justice.

“After close to five months of sitting, the judicial panel meant to inquire into the Lekki massacre has refused to deliver justice to victims of the massacre most of whom have either lost their limbs due to gun wounds or have become deceased.

“Government has refused to provide employment for young people, yet they went ahead to ban the most promising source of income of young people; cryptocurrency.

“Nigerians are extremely poorer and yet the cost of food is on the high side with the increased cost of electricity that only produces darkness. Petrol price is being increased as marketers want it at #190 per litre.

“Nigerians are no longer secured in any part of the country; when they are not being harassed or extrajudicially murdered by police, they are being kidnapped, maimed and killed by bandits.

“Today, the life of cows has become more valuable than those of Nigerians even as our streets and communities have fallen to the rule of kidnappers and bandits.
The Nigerian government now negotiates and enriches terrorists and bandits while chasing after, arresting, shooting and killing protesters.

“It is to this end that we call on you all to come out en masse to demand not just justice for victims and fallen heroes of the October 20 killings but that all involved in this heinous criminality be brought to book. Come out to demand the right to life and to exist in a country that respects our rights as citizens, abhors police brutality/extrajudicial killings, provides us with security, decent jobs with good wages and other such socio-economic rights that come with being a citizen.”