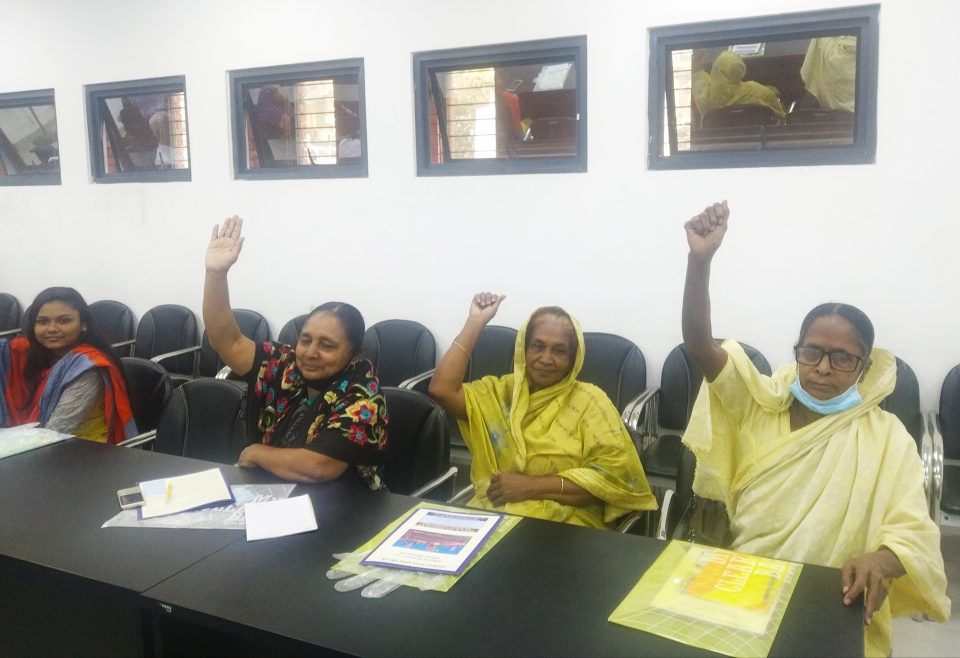 Women domestic workers who were left out of labour law in Bangladesh have urged the government to include them in the labour law to get them recognized as workers and also enable them to enjoy the labour rights.

About 60 per cent of them are live-out (those who work for a few hours in a household and may work in several houses) and 40 per cent are live-in (full time and those who live in the house of the employers), according to the National Domestic Women Workers’ Union (NDWWU).

The government of Bangladesh has adopted the Domestic Workers Protection and Welfare Policy in 2015, domestic workers in the country remain outside the purview of the Labour Act 2013 (MoLE 2015).

There have been limited opportunities for social dialogue as under the current labour law of Bangladesh, the domestic workers could not be members of the trade union, said experts.

Speaking at a recent discussion, some groups of domestic workers, trade union leaders and rights campaigners urged the government of Bangladesh to take immediate steps for visible implementation of the Domestic Workers Protection and Welfare Policy.

They demanded ratification of the International Labour Organization (ILO) Convention 189 and 190 by Bangladesh to ensure decent works and violence free workplaces for domestic workers.

The discussion was organized by the NDWWU at the Dhaka Reporters’ Unity’s conference room on February 14, 2021 with the support of Solidarity Center Bangladesh.

Solidarity Center’s Country Program Director in Bangladesh Mr. Jon Hartough joined the discussion virtually to welcome all participants, encouraged their organizing activities, and extended best wishes and encouragement to them on behalf of the 12.5 million members of the AFL-CIO.

He said that domestic workers have been making a significant contribution to the economy, but were facing tougher conditions than workers in other sectors as a result of COVID-19.

Mr. Hartough expressed his hope that domestic workers could overcome the current situation through organizing and working together with all stakeholders to enact greater legal protections for domestic worker rights.

In her welcome address, Solidarity Center’s senior program officer Dr Lily Gomes presented the three main issues of the discussion—visible implementation of the domestic workers protection and welfare policy, ratification of ILO Convention 189 and 190, and the formulation of a new law specifically protecting domestic workers.

She said that the ratification of ILO Convention 189 would ensure decent work and several other standards, including set working hours, minimum hours of rest, minimum wages, and leave policies. Furthermore, ILO Convention 190 seeks to eliminate violence and harassment in the world of work, something that unfortunately impacts domestic workers all too often.

Lily Gomes put emphasis on launching massive campaigns to create constructive awareness for formulation of the laws in light of the ILO conventions aimed to ensure decent work and a violence free workplace.

The senior labour leaders and the labour rights campaigners who joined the discussion put emphasis on “combined efforts’ to be taken by all stakeholders to realize the rights of women domestic workers.

Abul Hossain called for five-point demands for the upcoming national conference scheduled to be held on March 19 to include domestic workers in the law, set a minimum wage for them, stop violence workplace, introduce widow allowance and provide homes to homeless women domestic workers.

Domestic worker Morjina Begum who hailed from Demra of Dhaka said that she has been forced to do overwork but often she was underpaid by her employer.

“Every day I start working at 6AM as live-out domestic worker. If I miss to work any day the employer cut my wage,” she said.

She added that she was often forced to work different works instead of the contracted job at employer’s home but paid her less than the usual rate.