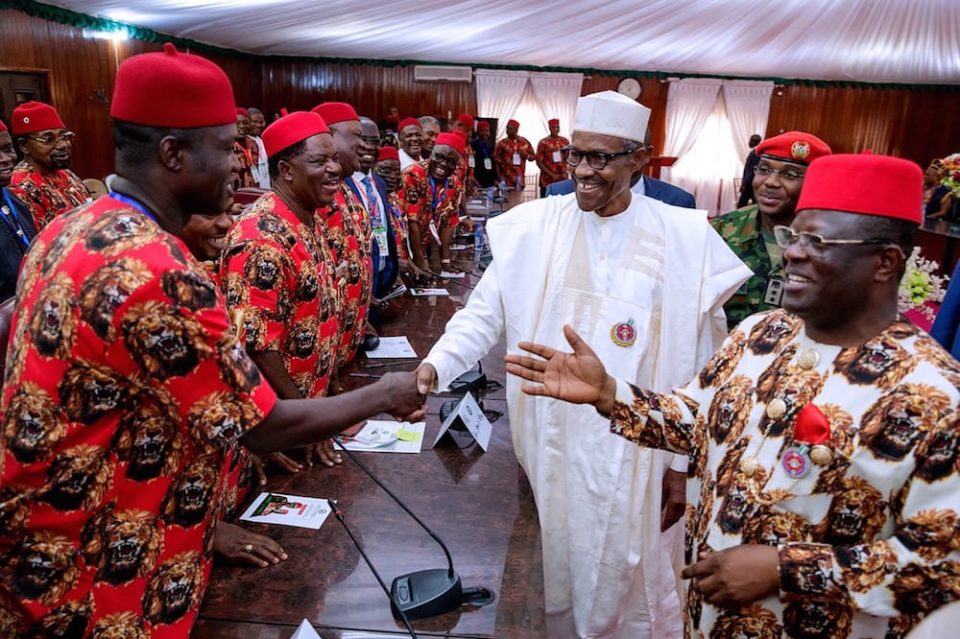 Ebonyi State Governor David Umahi has on Tuesday officially dumped the Peoples’ Democratic Power, PDP and registered with the All Progressives Congress (APC).

The event took place at their Umunaga Ward in Uburu, Ohaozara Local Government Area of the State at about 12:30 pm.

Members of the Caretaker Committee of the party led by the Acting Chairman, Stanley Okoro Meghan and members of the State Registration Committee attended the event.

The governor in a speech after the registration said the state is targeting over N1million registered members.

He said from available information the number of registration form made available to the South-East would not be enough for exercise.

Governor Umahi insisted that the South-East zone is now All Progressives Congress (APC).

He noted that the party would completely take over the zone by 2023 adding that the developmental strides of President Muhammadu Buhari have endeared him to the people of the zone.

He noted that those attacking his person on the social media and sponsoring media report against his government are exhibiting acts of frustration.

He assured the people that no amount of sponsored media report would deter him from delivering laudable projects to the people.

The State Governor warned those sponsoring and posting a viral video on the social media alleging that a section of the country should leave the state to desist from doing so as such act is capable of igniting problem in the country.

Governor Umahi urged the people to disregard such viral video describing it as fake and the handiwork of enemies of the people.

He said that Governors across the country would be meeting tomorrow to discuss the security issues affecting the country.

Also speaking, the immediate past South East National Zonal Vice Chairman of the People’s Democratic Party (PDP) Deacon Austin Umahi said that he would deploy the formula he used in winning elections for the PDP to the APC and expressed joy that the people are trooping out in their numbers to register with the APC.

According to him; “I am so excited because the Lord has done it. I am proud to be an APC member today. I will say so many things on the other side party on the appointed day. I know the winning mechanism and I will reintroduce it in APC. Ebonyi State has started a movement. Very soon, the remnant of PDP in Abuja will be put to shame”.

Pathways To Faster Decarbonization With Gas And Renewables