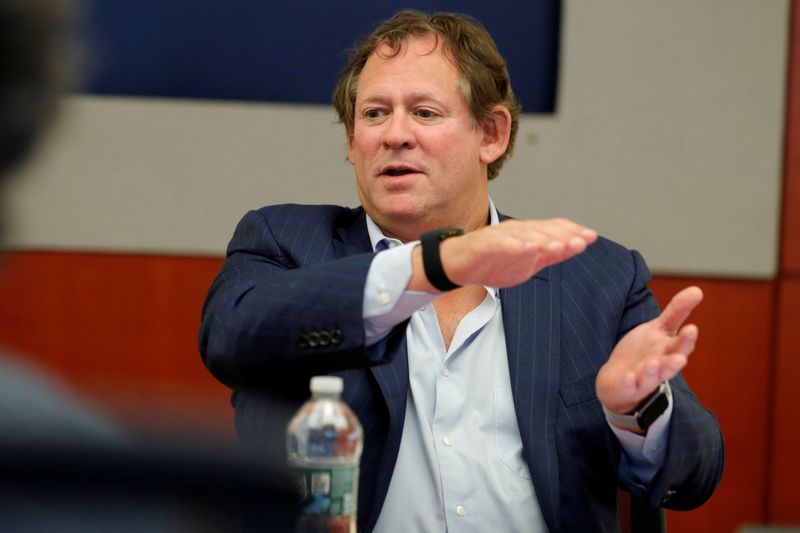 Rick Rieder, the BlackRock’s chief investment officer of global fixed income, has said that diversifying into other assets like Bitcoin makes sense — especially as interest rates are so low.

The firm’s chief investment officer told CNBC that regulation has evolved “to the point where a number of people find it should be part of their portfolio.

Could major financial institutions be experiencing a case of FOMO? That would appear to be the case following a string of big businesses revealing their investments in Bitcoin.

Not wanting to miss out on promising returns, financial heavyweights have been flocking to crypto. And BlackRock, one of the world’s largest asset managers, has told CNBC that it too has “started to dabble” in Bitcoin.

“People are looking for places that could appreciate under the assumption that inflation moves higher and that debts are building, so we’ve started to dabble a bit into it.”

The news came on the same day that Bitcoin hit highs of over $52,000 for the first time.  According to filings with the Securities and Exchange Commission, BlackRock added BTC futures to two of its funds in January.

BlackRock’s interest in Bitcoin follows in the footsteps of commercial giants such as BNY Mellon, Tesla, MicroStrategy, PayPal, and Mastercard, who have all announced alliances with cryptocurrency.

Bitcoin has benefited from an impressive bull run, starting last year, which has seen prices soar by 78%. And the recent acceptance of the world’s most famous crypto as a viable asset has gone hand in hand with the decline of world economies during the pandemic.

Rieder said BlackRock is “holding a lot more cash than we’ve held historically,” reasoning: “It’s because duration doesn’t work, interest rates don’t work as a hedge and so diversifying into other assets makes some sense.”

Traditional investors have become increasingly open and accepting of Bitcoin, with many looking to invest via futures, that allow exposure without holding crypto directly.

And commenting on the growing interest in Bitcoin, Rieder said:

“My sense is the technology has evolved and the regulation has evolved to the point where a number of people find it should be part of the portfolio, so that’s what’s driving the price up.”

If You Have Bitcoin In Wallet, Read This About Scams