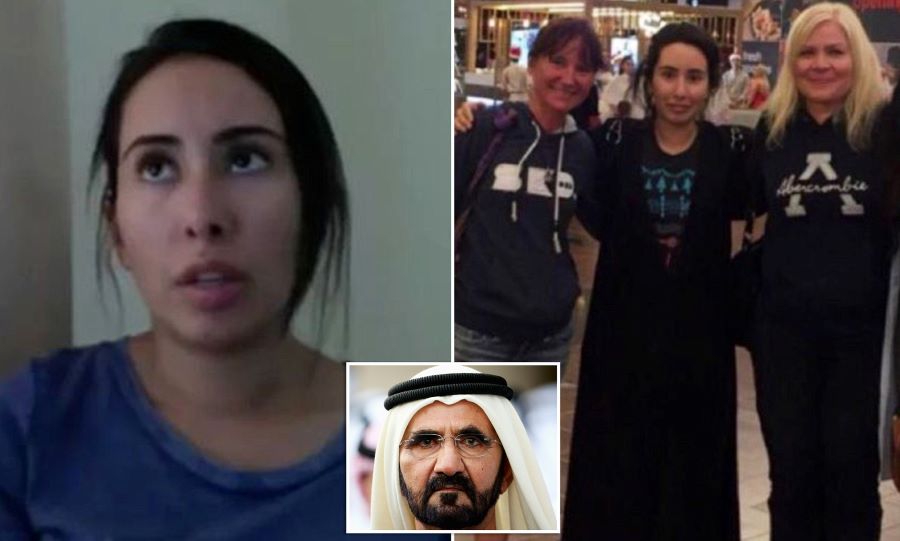 The sad case of Dubai’s Princess Latifa threatens widespread repercussions which could impact Dubai’s economy and relations with the West.

Dubai and the tri-emirate United Arab Emirates, of which Dubai is a key member, plays an outsized role in Middle East politics. It maintains close relations with the UK and US and took the lead recently in recognising Israel to block annexation of the West Bank. Its small but effective military has earned the UAE the sobriquet “Little Sparta.”

Arab countries—in common with other authoritarian states– hate having the human rights finger pointed at them. Domestic political considerations mean that the developed world is uncomfortable dealing with countries with questionable human rights records. The Biden Administration has been sending out vibes that the Arab world needs to improve its human rights or face consequences.

Western dependence on oil tends to protect many Arab states from Western criticism. Dubai is not an oil-rich Arab state. Its growing wealth (per capita income $32,000) is based on its position as the Arab centre for tourism, financial services, information technology and trade.

The tiny emirate is recognised as a leading travel and trade gateway to Asia, the Middle East and Africa. Tourism and aviation are the economic engines, contributing 38 percent of the country’s $110 billion GDP.15.8 million tourists were drawn to Dubai City in 2019. Many of them travelled to attend specific events such as the Dubai Desert Golf Classic, the tennis championship, the international film festival or the literary or jazz festivals.

The emirate was banking heavily on big visitor numbers for its 2020 World Expo. But the pandemic meant the postponement of the event until October 2021 to March 2022. Of course, Dubai’s heavy reliance on tourism and travel has meant that its economy is a major covid victim and it has been forced to deplete its sovereign wealth fund. However, with $301.5 billion in assets, it can withstand the current health siege.

But handling the bad PR related to Princess Latifa could be more damaging and long-lasting. The daughter of Dubai’s absolute ruler, Sheikh Mohammed bin Rashid Al Maktoum, attempted to escape from her gilded cage three years ago. She was captured crossing the Indian Ocean and returned to a heavily-guarded villa in Dubai City.

For a while, Latifa was able to communicate with friends via a smuggled mobile phone. A few months ago that stopped and concerns for her well-being grew exponentially. After a BBC Panorama highlighted the princess’s plight, the UN demanded proof that Latifa was still alive. So far, no word from the Dubai government.

READ ALSO: Observations of an Expat: America on Trial

Latifa is not the only unhappy female member of the Dubai royal family. Her sister Shamsa also tried to escape. Her step-mother and the Sheikh’s second official wife, Princess Haya bint Hussein, fled first to the UK with her two children. Sheikh Al Maktoum applied to the London courts for the return of his children. He failed, and the court ruled that the sheikh had ordered the abduction of Latifa and Shamsa “contrary to international law, international maritime law and accepted human rights norms.”

Sheikh Mohammed bin Rashid Al Maktoum is the absolute ruler of a patriarchal Arab state with many of the trappings that feminists loathe. Having said that, Dubai is ranked second in women’s rights within the Arab world. However, it is 120th out of 150 in the world at large. Dubai women can drive, work and own property. But these rights are largely subject to the approval of a male guardian.

Custody battles are usually decided in favour of the men and a single woman who falls pregnant is likely to be sent to prison for a year. Up until 2016, Dubai men were free to beat their wives without facing legal repercussions.

The Arab world’s treatment of its women has long been a target of Western feminists who have considerable political and economic influence. The plight of Princess Latifa has re-highlighted that treatment. Activists are quite capable of calling for a boycott of Dubai’s high-life and placing pressure on politicians. Conversely, Arab rulers would regard such pressure as interference in long-standing cultural norms and domestic affairs.

The Republican Party is splitting. On one side you have the populists of ex-president Donald Trump and on the other, you have the Grand Old Party (GOP) of Senator Mitch McConnell. Trump, of course, lost the election which he claims he won by a landslide. However, he has kept his base intact by continuing to feed them a diet of lies and conspiracy theories. Mitch McConnell is the leader of the Senate Republicans who has proved himself a master of hunting with the hounds and running with the hare by voting to acquit Trump while at the same time branding him as “morally and practically responsible” for the 6 January attack on Capitol Hill. In true Trump fashion, the ex-president has reviled the senior senator from Kentucky as a “dour, unsmiling, hack politician”. McConnell hopes that Trump’s political capital will be swept away by a tsunami of criminal and civil charges. Democratic congressmen have already petitioned to open an investigation into Trump’s activities. The state of Georgia is considering prosecuting the ex-president for pressuring state officials to fabricate votes. The government of the District of Government said it plans to prosecute Trump for his role in the riot. The above is in addition to the long list of ongoing cases involving financial fraud, tax evasion, sexual offences and electoral fraud—all of which have been awaiting Trump’s departure from the protective presidential shield.  But the ex-president has over the years shown himself adept at avoiding legal consequences and portraying himself as a victim rather than the perpetrator. Opinion polls indicate that the vast majority of Republicans—80 per cent at last count—agree with his self-assessment. But the real test will come with the 2022 US mid-term elections. If the Democrats increase representation in the Senate and the House of Representatives then it will likely spell the end of Trumpism—for the time being.

The death of American broadcaster Rush Limbaugh has revived the debate over fairness in broadcasting. In 1949, when talk radio stations were a rarity and television was still finding its way into American homes, the Federal Communication Commission announced its Fairness in Broadcasting Doctrine which decreed that if broadcasters wanted to keep their licenses they had to report in an “honest, equitable and balanced” manner. In 1987 the Reagan Administration repealed the enabling act on the grounds that it violated the First Amendment’s free speech provisions. This opened the flood gates to what the Wall Street Journal described as “hyper-articulate conservative hosts opening their microphones to hyper-conservative conservative voters.” Rush Limbaugh led the charge with explosive programmes laced with far-right racism, homophobia and sexism. The formula proved popular, attracting 15 million regular listeners. It also sowed the seeds for the rise of right-wing conservative populism within the Republican Party; a fact which was acknowledged by President Trump when he awarded the Medal of Freedom—America’s highest honour—to Limbaugh. In fairness, the repeal of the act, also led to the growth of partisanship on the left side of the broadcasting spectrum. CNN and MSNBC are totally biased against Trumpism. In fact, it can be reasonably argued that repeal of the Fairness in Broadcasting Act has played a major role in encouraging divisiveness in US politics. Over the past 15 years, there have been several attempts to re-instate it. They have been blocked by Republicans who regard them as the main beneficiary of unfettered broadcasting rules. A Biden Administration may lead to a change.

The virtual G7 meeting hosted by British Prime Minister Boris Johnson was—not surprisingly— dominated by a coronavirus. The vaccines are being distributed. They are starting to take effect. But only in the developing world. Australia, Canada, Japan, the UK, US and EU have between them have secured more than 3 billion doses—1.2 billion doses more than they need. But 130 other countries have yet to jab a single arm. French President Emmanuel Macron wants the G7 to commit to donating 4-5 per cent of its stored vaccines to the WHO Covax programme for developing world vaccinations. Johnson says that is inadequate and has pledged the “vast majority” of the British surplus to Covax along with $600 million. But there are problems with the British generosity: The surplus vaccines will not be distributed until everyone in the UK is vaccinated, which may well be not until the end of the year. And, combined with the surplus from other industrialised countries still falls far short of the developing world’s requirement. Finally, delaying delivery to the developing world runs the risk of new strains mutating into variants that the current vaccines cannot treat.

Another discussion item at the G7 will be Iran. Tehran and Washington are currently in a Mexican stand-off. President Joe Biden wants to reverse Donald Trump’s decision to pull out of the Iran Nuclear Accord (aka Joint Comprehensive Plan of Action or JCPOA). As signs of good faith, he has lifted travel restrictions on Iranian diplomats in the US and reversed Trump’s efforts to restore UN sanctions. Not enough, says the Iranians. They want US sanctions lifted before they will agree to re-enter the agreement to restrict their nuclear programme. It seems a surmountable problem, except that because of the rhetoric of the Trump era, whichever side caves in first lose substantial face with their domestic audience.

The UK Supreme Court’s decision that Uber has to provide paid holidays, guaranteed minimum wage and pay National Insurance will have far-reaching repercussions beyond Uber, the British gig economy and British shores. Uber epitomises the much-maligned gig economy whereby workers are freelance contractors and the company is no more than an intermediary agent between customer and worker. The Supreme Court ruling can be applied to the entire gig economy which at the moment employs 5 million British workers. It means that the expenses of gig-based businesses will soar at a time when they are struggling to survive through a pandemic. Many will go to the wall. Almost all of them will have to reduce their “gig” force. Governments, businesses and investors carefully watch legal judgements in other countries as harbingers of future actions in their own domain. British legal rulings are especially scrutinised. Uber operates in more than 80 countries. When it was floated on the New York Stock Exchange in 2019 it had to list any potential dangers to their business with the Security Exchange Commission. High on the list was the threat of being forced to directly employ their drivers. The UK is not the only country with a large gig economy. It applies to roughly 57 million Americans and 100 million citizens of the EU. In short, the Supreme Court ruling is good news for some workers, bad news for others and bad news for employers.

According to Ethiopian Prime Minister Abiy Ahmed, the recent problems in Tigray Province are now in the past. The dissident Tigray People’s Liberation Front (TPLF) has been defeated and aid agencies are now free to distribute food and other items to the locals. Not quite. The agencies are only allowed to operate in areas approved of by Abiy Ahmed’s military commanders. This implies that the TPLF is still active in other areas. In addition, the military incursion has failed to deal with the underlying problem: Abiy Ahmed’s desire to move Ethiopia from a federal state to a more modern unitary political format.  Ethiopia has over the centuries grown as a contiguous empire. This is reflected in its complex ethnic mix of 80 different groups speaking 86 languages. In an attempt to hold these competing factions together the 1995 constitution established a loose federation of nine ethnically-based states; each with the right of self-determination up to the right of secession. The constitution was a creation of the TPLF but it also had the support of other major ethnic groups.

Lawmaker Rejects Self-Isolation After Trip From US