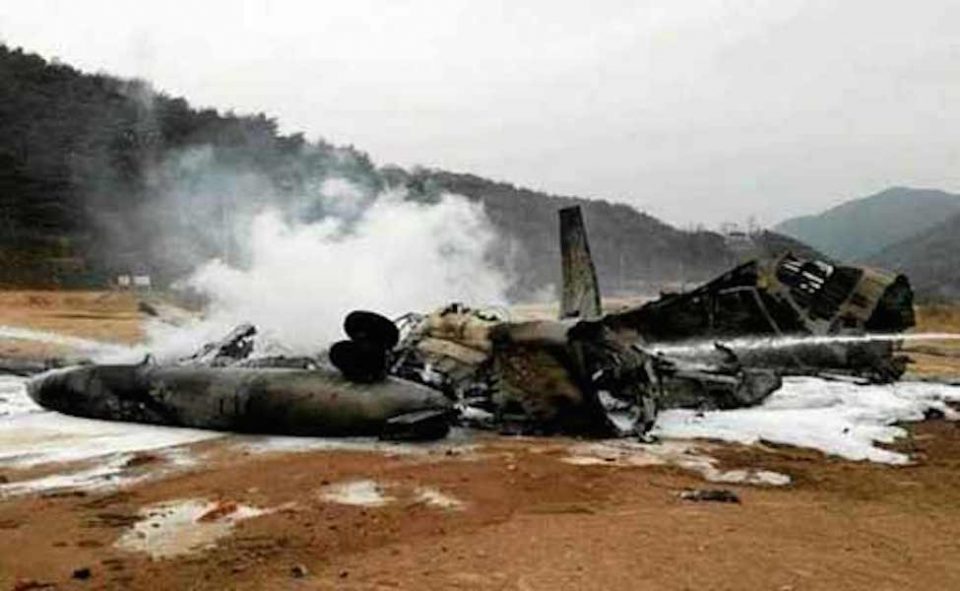 No fewer than six persons, including crew members on board in Abuja, have feared dead during a crash of a Nigerian Air Force jet, NAF201.

The PUNCH reports that the aircraft, B350, departed Abuja on Sunday in the morning before it crashed, killing all the persons in it.

According to them, the pilot saved what could be a disaster in the area.

The eyewitnesses explained that the pilot earlier struggled with the aircraft before crash-landing.

One of them, Mrs Alaba Lawal, said she wept upon seeing the site of the crash.

She said, “I saw the pilot struggling. I think he had just picked up from the airport. As he was going, he suddenly drove down. He tried to come up again. In fact, he was a merciful pilot. He struggled to return to the airport but he suddenly crashed at a point.

“It was very painful. I just heard a loud sound. Fire and smoke erupted immediately after the plane crashed. I was just crying. Nobody survived when I got there. The pilot tried to avert the disaster.”

Another eyewitness, Kingsley Oluche, said one of the victims was initially survived the crash.

“We discovered that they brought out some dead bodies. We could not recognise the dead bodies that I saw. They initially brought out four persons. They later brought a woman out. The woman was still breathing. She died before the rescue team arrived.”

Vivian, who also witnessed the incident, lamented that she could not eat as a result of the crash.

“The plane was trying to land and from there, it goes up again. It was terrible. Later, it approached the airport. it has not gotten to where other planes do get to before landing.

“I just saw the plane going down. At a stage, I could not see it again. All I heard was a loud sound with fire and smoke. I was so traumatised. I was like God, this is human beings burning. I couldn’t even eat lunch I was planning to take. I was scared,” she added.