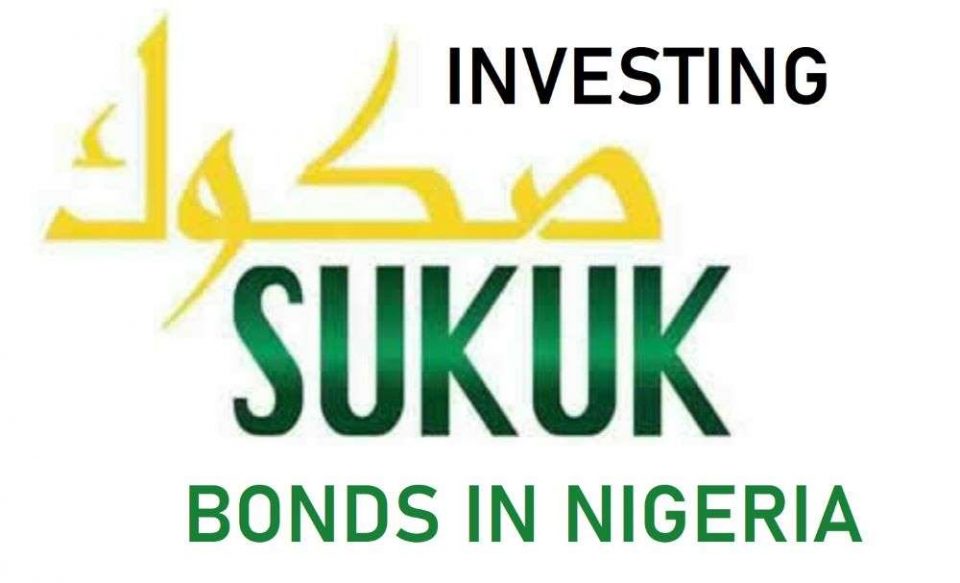 Nigerians in the Southern part of Nigeria are advised to ask questions from their governors and by extebtion the President of the Federal Republic of Nigeria, Mr Muhammadu Buhari to explain the meaning of the word ‘Sukuk’  written on many signboards on our major highways.

In the research conducted about the word Sukuk by some concern cirizens in Yoruba land, shows that its an islamic word derived from Sharia.

Futher finding revealed that it is a sign of indebtedness by a community, state or a country to the islamic country who lend them money to execute a project.

Though the loan from these islamic countries is interest free, however, if the borrower fails to pay back at an agreed period, the town or area where the signboard is place would seized by the lenders.

The Yorubas are saying if this is another ploy by the northerners to islamised their territory through indebtedness?

The governors of the Southern states are hereby called  to explained to its people the nature or alliance in the agreement they have with the islamic countries.

They want to  know how much was borrowed, the collataral used for the loans and where and when did they implement the projects.

Recall that in 2017, the Christian Association of Nigeria had strongly kicked against the floating of the SUKUK Islamic bond by the Federal Government.

It alleged that the move has further confirmed its fears that the government was planning to Islamise the country through the back door.

CAN, in 2017 had through its General Secretary, Rev. Musa Asake, demanded the abrogation of the laws and framework behind the bond and threatened to seek legal redress if that was not done.

CAN arguemenr was that Nigeria is a secular state and the government was expected to be neutral on issues involving religion.

It said: “Rather than stand in the defence of the constitution, it is disappointing to note that the Federal Government is pursuing what is an outright confirmation of an Islamisation agenda.

“The recent floating of Sukkuk Bond by the government is not only sectional but illegal and a violation of the Constitution. Every law that has been promulgated to back the Sukuk issuance and promote an Islamic banking system in Nigeria is ultra vires, illegal, null and void.”

“Therefore, the manipulations and scheming to smuggle the country into a full blown Islamic state should stop; these manipulations became apparent with the smuggling of Nigeria into the Organisation of Islamic Conference in 1986 by the Ibrahim Babangida military junta,” Asake said.

“The FG must dismantle all legal and institutional framework established to promote Islamic financing in Nigeria.

“We affirm that the territorial integrity of Nigeria is undermined through the issuance of Sukuk in the country. We hope that the government shall desist from its policies of unbridled religious sectionalism.”

But the Federal Government in its reaction denied any plan to Islamicise country.

The Minister of Information and Culture, Lai Mohammed, said the financial initiative was borne out of the need to include people who were opposed to interest-yielding enterprises.

He said, “Sukuk is not an attempt to Islamise Nigeria in any form. On the contrary, it is an attempt at financial inclusiveness. The difference between Sukuk Bond and other bonds is that if you invest in Sukkuk bond, you earn no interest.

Below are some facts about Sukuk.

Sukuk structuring typically involves the packaging of pools of Shariah-compliant asset/projects which has to be reviewed and approved by Shariah advisers to ensure compliance with Shariah.

Sukuk are structured based on the specific contract of exchange of the Shariah-compliant assets. Such contracts can be made through the sale and purchase of an asset-based on immediate, instalment or deferred payment, leasing of specific assets or participation in joint-venture businesses.

The issuer funding objectives dictates which structure to adopt. Each structure may be used singly or combined with another in line with the underlying commercial and contractual basis for the Sukuk.

Ijara is a contract where a party purchases and leases out a specific asset (e.g. equipment, parcels of land, buildings) required by a client for a rental fee. The duration of the rental and the fee are agreed in advance in the contract entered into between the Lessor (Asset Owner) and Lessee (Beneficiary) and ownership of the asset remains with the lessor.

Ijara Sukuk is securities representing ownership of assets that are linked to a lease contract. Lease rentals are the source of returns to investors in this contract. Ijara Sukuk can be traded in the secondary Sukuk market at a price determined by the demand and supply of the product.

Murabaha is basically a sales contract whereby goods are sold at a price that includes the purchase price plus a margin of profit agreed upon by both parties concerned. The price is paid in cash or in instalments.

Murabaha Sukuk is certificates of equal value issued for the purpose of financing the purchase of goods through Murabaha so that the certificate holders become owners of the Murabaha commodity. The proceeds from the Sukuk are used to purchase and take the title of the commodities from a Supplier/Vendor and sell to the Sukuk Originating Entity at cost plus a reasonable profit payable in future. This true sale transaction entails the seller disclosing in advance to the buyer profit to be made in the transaction. The Murabaha contract is widely used as a short-term financing instrument.