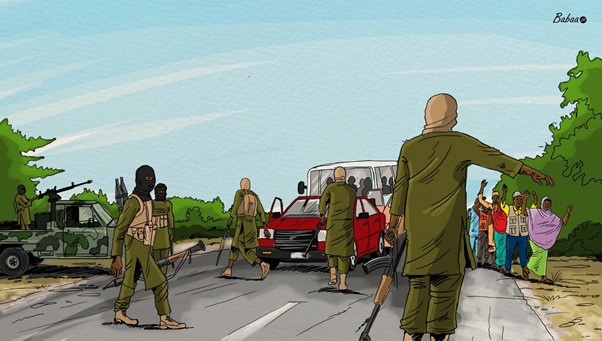 Tragedy struck in Osogbo on Tuesday as some unknown gunmen killed a passenger and abducted some others along Osogbo/Ibokun road.

It was gathered that the incident occurred around 8:00 pm near Ajebandele, a village in the Obokun Local Government area, about three kilometres to Osogbo.

According to Punch, the gunmen had reportedly attacked travellers and shot dead a man, whose name is not immediately available, while an unspecified number of passengers were also abducted.

Amitolu Shittu, the Field Commander of Amotekun Corps in Osun,  who claimed to be at the scene of the crime, confirmed the incident.

He explained that the deceased was shot dead with AK-47 rifles by the attackers and subsequently abducted unspecified numbers of passengers.