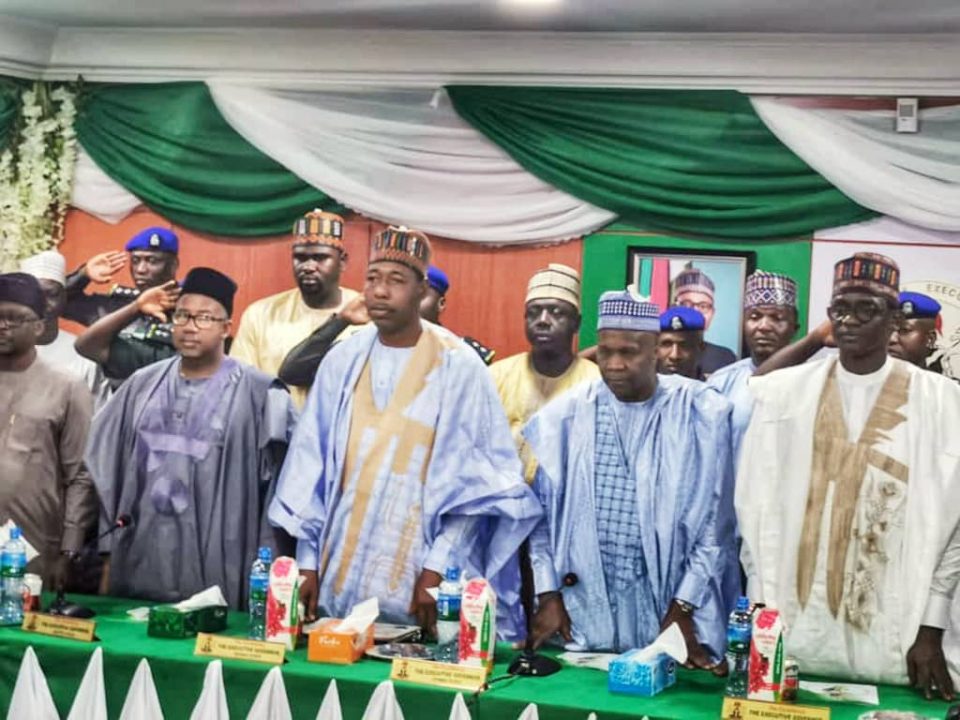 In spite of President Muhammadu Buhari’s recent promise to fight insurgency in the North-East, the North-East Governors have concluded plans to form a regional security outfit.

The decision which was taken at North-East Governors’ Forum on Wednesday, disclosed that they were not satisfied with President Buhari’s plans and fight against insurgency in the land,

The Forum, chaired by Governor of Borno State, Professor Babagana Zulum, said the Federal Government is not showing commitment to ending the insurgency.

Zulum said it was making plans to form a regional security outfit to help in tackling the challenges.

The Chairman of the Forum and Governor of Borno State, Professor Babagana Zulum, disclosed this in his speech at the opening

During the 4th North-East Governors’ Forum held on Wednesday at the Government House, Bauchi, Zulum said, “I want to use this opportunity to call on the Federal Government to seek support from our neighbouring countries, especially the Republic of Chad, Cameroon and Niger, with a view to providing joint action that will lead to the end of this crisis.

“Furthermore, the Federal Government has to look at the possibility of involving the mercenaries because it seems the commitment is not there.

“On our part, in addition to the logical, logistical and financial support we have been rendering to the armed forces in their fight against general insecurity in the sub-region, we should also look into the possibility of forming a security outfit within the ambit of constitutional precedence and operational feasibility as has been done in other parts of the country.”

According to Zulum, the civilian joint task force in the north-eastern states would form the basis for the regional security outfit.