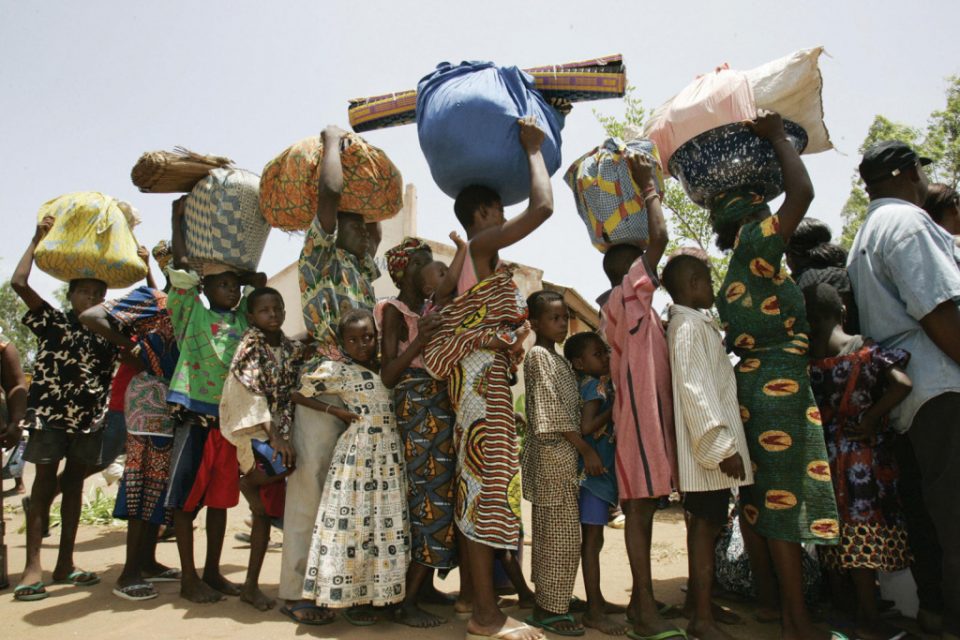 Babagana Zulum, the governor of Borno State has disclosed that about 5,000 Nigerians refugees in Cameroon have been repatriated to the state.

Speaking via his Facebook page, Zulum said the handing over took place on Monday and was led by Cameroon’s Minister for Territorial Administration, Paul Atanga Nji, and other officials of his country.

According to him, the returnees were part of thousands of Nigerians, mostly from Borno, who since 2014, fled in batches to Minawao camp located in Mokolo, far north region of Cameroon, to escape Boko Haram’s killings.

“The hand over took place on Monday, at a brief ceremony in Amchiide, a border community between Nigeria and Cameroon, close to Banki in Bama local government area of Borno central.

“The returnees were part of thousands of Nigerians, mostly from Borno, who since 2014, fled in batches to Minawao camp located in Mokolo, far north region of Cameroon, to escape Boko Haram’s killings. Many Nigerians in uncertain numbers, some accounts saying more than 60,000, fled to the camp from parts of Borno and Adamawa but over the years, the number came down following isolated returns.

“The handover ceremony was attended by top officials from Cameroon, including Governor of the Far North Region, Midjiyawa Bakary and officials of United Nations High Commission for Refugees, UNHCR.

“The Minister commended Governor Zulum for constructing homes where the refugees were to be resettled.

“Governor Zulum had approved funds and supervised the ongoing construction of over 6,000 urban and low-cost resettlement houses sited in Banki, Gwoza, Kondugu, Kaga and different others, with a substantial number already completed. The majority of them are used for resettlement of refugees and internally displaced persons.”

Zulum appreciated the donation made by the Cameroonian President and thanked him and other officials and host communities for taking good care of the Nigerian refugees in the last six years.

“I wish to sincerely convey our deepest appreciation to the government of Cameroon under the distinguished leadership of President Paul Biya, for the enormous support to my fellow Nigerians who took refuge in the Minawao [refugee] camp. We remain eternally grateful,” Zulum said.

“The repatriation was to implement the outcome of a tripartite commission meeting held in Marwa, Cameroon, February 10, 2021, which was attended by officials from Cameroon, the UNHCR and a Nigerian delegation that comprised Governor Zulum and top officials from federal ministries of foreign affairs, humanitarian affairs, disaster management and social development, the National Commission for Refugees, Migrants and IDPs as well as Zulum’s special adviser on monitoring and evaluation, who chairs a technical committee on the repatriation, Engr. Lawan Abba Wakilbe.”

Coronavirus – Kenya: Social and Physical distancing is one of the key recommendations of the Ministry of Health, Kenya