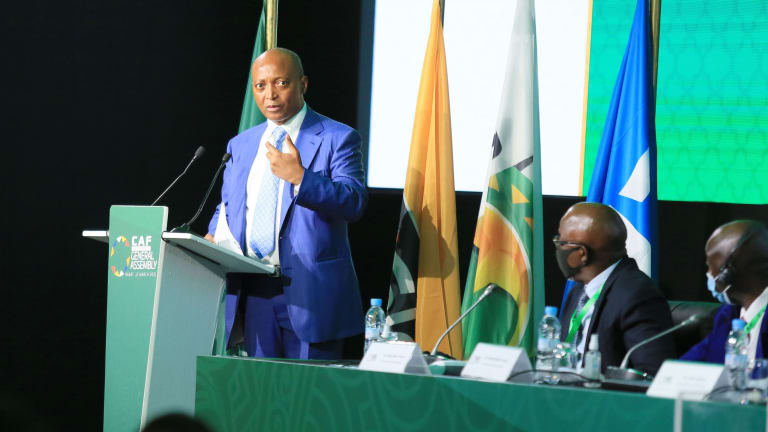 FIFA (www.FIFA.com) confirms that Véron Mosengo-Omba will leave his role as Chief Officer of the FIFA member associations (MAs) division with immediate effect to take on the position of CAF General Secretary.

Mr Mosengo-Omba initially joined FIFA in 2016 as Chief Member Associations Officer with responsibility for Africa and the Caribbean, and subsequently spent the past two years supporting all FIFA 211 MAs to implement the FIFA Forward (https://fifa.fans/3vnFMUI) development programme, as well as managing relationships with all FIFA MAs and continental confederations in his role as Chief Officer of the division.

A native of the Democratic Republic of the Congo, Mr Mosengo-Omba was particularly involved in supporting the 54 African MAs in their FIFA Forward projects, in the development of youth and women’s football throughout the continent, and in the recent implementation of the FIFA Covid-19 Relief Plan.

“On behalf of all of FIFA, we would like to thank Véron Mosengo-Omba for his excellent work and wish him the very best of luck in his next challenge as CAF General Secretary,” it read. “FIFA also looks forward to working with him on future projects in helping to project African football to the summit of world football.”

Liverpool’s Thiago Alcantara Down With COVID-19