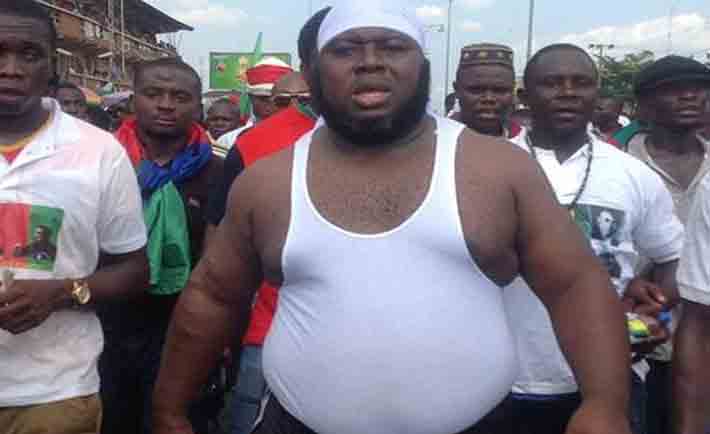 The Asari-Dokubo New Biafra creation of Igbo country is calling for a second thought, as the Indigenous People of Biafra, IPOB, lead by Nnamdi Kanu is still much more relevant in the struggle for self-governance.

Is this new move by a former militant in the Niger Delta region, Alhaji Mujahid Asari-Dokubo announcing himself as the leader of the new Biafra meant to destabilise the unity of the Biafra people.

The Punch reports that Alhaji Mujahid Asari-Dokubo announced himself as the leader of the new Biafra de facto Customary Government, citing “injustice and marginalisation” on the Igbo people found in various zones of the country as the reason for his aspiring for a “better life for his people”.

According to the report contained in a statement issued by the Head of Information and Communication of the customary government, Uche Mefor, copies of which were made available to journalists in Warri on Sunday.

The online statement, which has gone viral, also announced that George Onyibe would be the Secretary while Emeka Esiri would be in charge of the Legal Matters.

Asari-Dokubo, the statement added, vowed that the de facto government would take care of the current insecurity challenges faced by the Igbo as well as focusing on science and technology to make life easier for the people.

According to him, in the efforts to achieve the set goals, the ‘government’ shall never go into war with anybody.

In the same vein, he reiterated the regime’s determination to take care of the needs of the people.

He said, “We are going to pursue rigorously the education of our people; we are going to make sure that we feed ourselves. You are all aware of the recent plot where they decided to stop food from the North. They failed woefully; they will continue to fail. The government of Biafra States will look to make sure that we only eat what we can produce.

“Nobody can stop us. Nobody can blockade us as they did in the first war. We’re not going to fight any war with anybody; we’re walking to freedom. We will not shoot any gun with them, they will prepare their weapon but they will have nobody to kill with their weapon.”

The statement further read in part, “We as people have resolved that as Biafra, it’s time for us to take our destiny in our hands and bring freedom to ourselves and our children and the generation of Biafrans yet unborn.

“My brothers and sisters, the four of us will kick start the process, others will come on board. We want volunteers who are committed; we want volunteers because there is nothing anymore. We are the people who have volunteered to salvage ourselves and the rest of us.

Reacting, the Media and Publicity Secretary of the Indigenous People of Biafra, Emma Powerful, said the group was not against anybody declaring Biafra.

He said, “We’re not against anybody declaring Biafra. Biafra is for everybody and not for one person alone. It’s a collective demand; so, we are not against him or any person who will so declare in the future.

However, efforts to get responses from the Presidency as well as the Police hierarchy were futile.

Calls to the Special Assistant to the President (Media and Publicity), Mallam Garba Shehu, were neither picked nor returned.

A response to a text message sent to him on the subject was still being expected as of the time of filing this report at 10:33 pm.

Similar calls to the Spokesman for the Nigeria Police Force, CP Frank Mba, were also neither picked nor returned. A response to a text message sent to him was also being expected as of 10:36 pm.