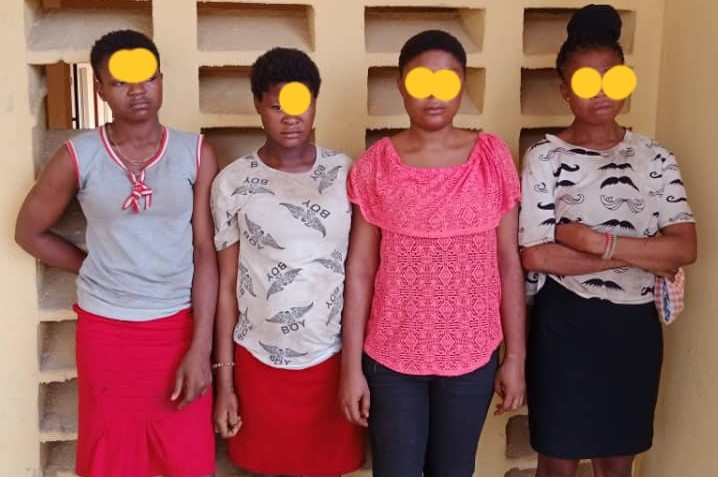 Four girls in Anambra state who were employed to produce children at a baby factory have been set free by the Nigerian police in Anambra.

The syndicate carried out this illegal act at the Otolo Nnewi area of Anambra state.

It was gathered that Gladys Nworie Ikegwuonu, operates the baby factory and a brothel where she keeps young girls and invites men to impregnate them after which she sells the children to her clients.

It was however not clear whether the babies bought were used for a ritual purpose or for adoption.

Mohammed Haruna, a spokesperson of the state police command, in a statement, confirmed that the baby factory was operated as a brothel and owned by Gladys Nworie Ikegwuonu

According to Haruna, the bubble burst during the police investigation into the recent a.ttempted kidnapping of a four-year-old boy in that area.

However, those arrested in connection with this dastardly act include Mr Abuchi Ani, 32, of Ohazora, Ebonyi State, and Mr Emeka Ikegwuonu, 49, of Akabukwu, Nnewi, Anambra State.