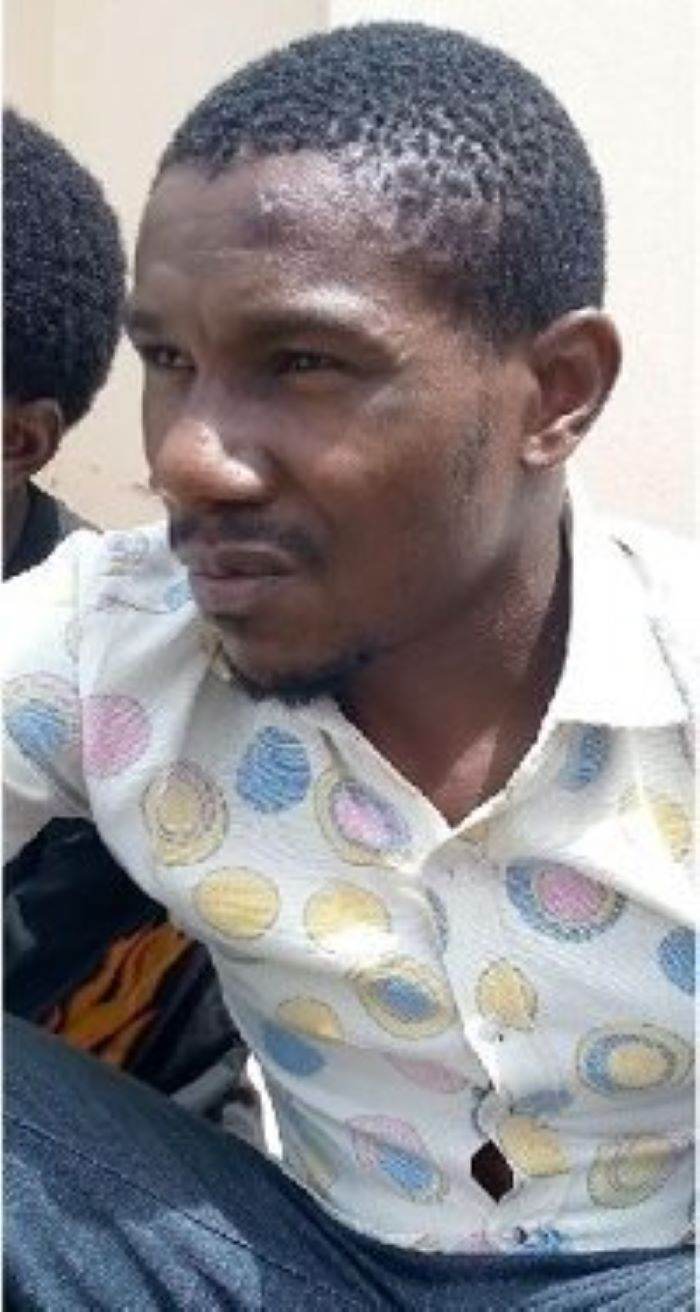 Many men of the underworld have different reasons they rob people of their valuables.

But for Federick Ugah, who is currently cooling his heels in the cells of the Nasarawa State Police Command, his major reason was the frustration he encountered with a Catholic priest who wanted him to be his sexual gay partner.

Ugah, a robbery suspect under investigation for attacking a reverend father has said that he singled out clergymen for attacks because his life was ruined by one of them.

Federick Ugah, drop out of the university as a 400 level student of Law after his frustrations at the hands of a Catholic reverend father he served in Kaduna.

Ugah recalled that he started life as an orphan, having lost his parents at a tender age. To realise his ambition of becoming a lawyer, he hit on the idea of seeking help from clergymen. He decided that he would serve them as an altar boy so that in return, they would help him to foot his education bills.

He started by serving in the Kogi Diocese of the church before moving to Abuja and later to Kaduna State.

He that he had first secured admission at the University of Abuja to study English before he secured another one at the Ahmadu Bello University (ABU) Zaria to study Law. But that was when he met his frustration as the Reverend Father who was sponsoring him in attempted to turn him into his sex partner.

Ugah said his resistance to the idea he regarded as an immoral act caused the Reverend Father to frustrate him out of the Catholic Church by falsely accusing him of stealing some money belonging to the parish.

Ugah, after his arrest by the Nasarawa State Police Command allegedly snatching a car from a reverend father, vowed that he would continue to torment reverend fathers across the country for the rest of his life because his journey into the underworld began with his inability to complete his degree in Law at ABU.

He told our correspondent in an interview at the police station where he was detained that he had no apology for what he had done and would do it again if he had the chance.

He said: “I have vowed to deal with reverend fathers across the country. They are my target and I will continue to rob them of money and snatch their cars.

“I served many of them in Abuja and Kaduna as a house help and they were helping to sponsor my education up to final year Law at the Ahmadu Bello University.

“I initially got admission to study English at the University of Abuja, but my choice was Law.

“In my 200 level, I got a fresh admission in ABU to study Law and was at ABU up to 400 level before I met my frustration.

“I have always been a good boy, going by the fact that my parents are not alive. I grow up in the Catholic Church, but my decision to become a reverend father was opposed by my parents before they died.

“I decided that I would become a lawyer when I grew up. That was why I left the University of Abuja as a 200-level English student to start all over again at ABU.

“My life had been to serve reverend fathers. I washed their clothes, cooked for them and served as their altar boy while they helped to sponsor my education

“I was in Abuja with them before I moved to Kaduna State when I got admission in ABU. Then one day, the reverend father I was serving demanded to have sex with me before my sponsorship could be guaranteed.

“I was wondering how a reverend father would turn gay. When I refused, he brought up an allegation against me that I stole the parish’s money and should be driven away by the parish.

He also poisoned the minds of other reverend fathers who intended to help me.

“I kept wondering why a man would want to sleep with another man. Because I refused, I was unable to graduate from the university, because there was nobody to foot the bills. But I have also decided that no reverend father will find peace with me as long as I live.

“I will continue to torment them for the rest of my life because they frustrated me.”

Asked why he was being detained, Ugah said: “I was caught with a stolen car belonging to a priest. The police arrested me in New Nyanyan, Nasarawa State.

“I never robbed him with a gun. I simply took his car key in his absence and hit the road. The incident occurred in New Nyanyan in December last year.

“All my life, I grew up serving them, and through them, I gained admission into the University of Abuja to study English, and the following year, I got another admission in ABU to study Law.

“As a university student, I was serving a reverend father while schooling. Then he woke up one day and insisted that he would have sex with me before he would pay my school fees. I refused and he asked me to leave.

“He levelled a false allegation against me that I stole parish’s money, which I did not. So I left him, and he started telling other priests not to accommodate me. That was how I was unable to graduate

“That particular act shattered my dream of becoming a lawyer.  It is now seven years, and my target is to continue to rob reverend fathers and snatch their cars.

“The police arrested me in New Nyanyan why I was negotiating to sell a Toyota Corolla I stole from the reverend father in Kaduna. I drove the car to Abuja before taking it to New Nyanyan to sell.

“I took the key to the car in his absence because I lived with him before.

“I have no regrets for my actions. What I want the police to do is to look into the problem I had in Abuja and Kaduna which led to the priest kicking me out of the parish.”

The Commissioner of Police in Nasarawa State, Bola Longe, who paraded the suspect in Lafia, told our correspondent that Ugah was a notorious criminal who specialised in tormenting priests and Imams only.

“He steals cash from them at gunpoint and snatches their cars,” he said.

CP Longe said Ugah would be charged to court once investigations were concluded.