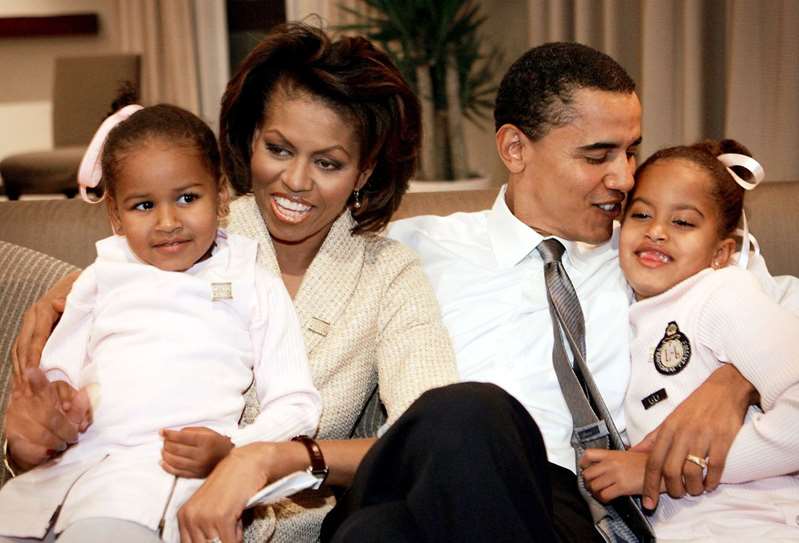 Michelle Obama has disclosed that her two daughters, Malia and Sasha don’t always listen to former American President, Barack Obama and herself the mother.

She stated this while she was talking about her parenting style in a chat with actress Jennifer Garner on an Instagram live.

Michelle Obama said: ”Now my kids are grown and they say no to us. And we are like “Can we? Can we be your friend? Can we talk to you?” and they’re like “no, busy, bye”.’

Microsoft News had reports that the former First Lady daughter Malia is now 22-year-old and Sasha, the younger sister 19-year-old doesn’t always listen to her and Barack.

Michelle Obama disclosed this in a chat to Jennifer during her new film, Yes Day.

This follows the life of a mother who has to say ‘yes to all of her children’s demands for a day and admitted the concept terrifies her.

‘It scares me, the possibility of living like that with my kids,’ said Michelle.

‘You’re not supposed to have yes day every day!’ replied Jennifer, however, the mum-of-three did reveal she’s been having Yes Days for the last nine years.

‘I do Yes Day usually at the end of the summer when I’ve run out of anything fun to do,’ she explained, to which Michelle revealed she has an alternative approach.

‘I and Barack would do the opposite of Yes Day, where our kids would have to do everything we want them to do.

‘Because now my kids are grown and they say no to us. And we are like “Can we? Can we be your friend? Can we talk to you?” and they’re like “no, busy, bye”.’

‘So, I think we are going to do a reverse es day, with our kids having to spend time with us, listen to us and eat what we want to eat.’