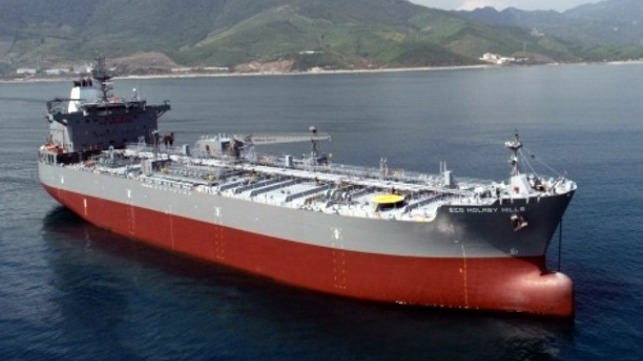 About the only time, the world’s land-based public thinks about seaborne traffic and the globalised trade it underpins is when they look above the parapets of their sandcastles and spy a ship on the distant horizon.

Or, when something happens, such as a war or when a vital sea artery is blocked and prices creep up and supermarket shelves start to empty.

The latter is happening. One of the world’s largest container ships—the Taiwanese-registered Evergreen—is blocking the Suez Canal. It is expected to take weeks to refloat it. Twelve per cent of the world’s trade passes through the shortcut waterway linking Europe and Asia. So far 160 ships are parked at either end waiting for the salvage crews to free Evergreen. Every day that the ship is stuck it costs world trade $9.6 billion.

The blockage is already impacting oil prices which have so far jumped from $50 to $65 a barrel. But oil tankers are not the only ships affected. There also container ships and bulk carriers. They carry wheat, rice, coffee, textiles, steel, car parts, manufacturing components, computer parts, fruit, vegetables….

The owners of Evergreen refuse to divulge the contents of the ship’s cargo, but it is so big that if it is carrying bananas its containers would have enough to feed all of Europe for more than a year. All those hypothetical bananas would be spoilt and any other fresh produce on the ships idling in the Red and Mediterranean Seas.

The blockage will also hit production schedules right across the economy. Manufacturers, shopkeepers, processing plants, lorry drivers etcetera, have limited storage space. They rely on ships arriving on schedule to keep to their own tight programme. If they are late then lorry drivers and cargo trains have no goods to transport from the port to the shops or manufacturers. If a car assembly plant does not receive steel sheets from India or brake parts from China then it shuts down and the workers are laid off. No coffee from Kenya or tea from Sri Lanka means that those products simply disappear from supermarket shelves.

The ships can divert to sail the extra 3,500 miles around South Africa’s Cape of Good Hope. But this adds 12 days to the journey and—although shipping is the cheapest form of transport—it pushes up the cost to the shipowners which will inevitably be passed along to the consumers. And the extra 12 days fails to eliminate the problem of production bottlenecks.  It is, however, better than the several weeks which salvage experts are pessimistically projecting as a time scale for moving Evergreen which is why some ships are switching to the Cape route.

The Suez Canal is not the world’s only link waterway. Six per cent of the world’s trade passes through the Panama Canal which joins the East and West coasts of America, the East Coast to the Pacific Rim countries and the West Coast to Europe and Africa.

There is also the Rhine-Main-Danube Canal which was completed in 1992 and connects Europe’s Rhine and Danube rivers and provides a continuous waterway from the North Sea to the Black Sea and then to the Eastern end of the Mediterranean. The ships are not as big as their ocean-going counterparts, but the route still manages to carry about seven billion tonnes of goods per day.

Canals are the most obvious watery chokepoints for maritime trade but not the only ones. The biggest is the English Channel through which 20 per cent of the world’s trade passes. There is also the Danish Straights, The Straits of Hormuz, the Straits of Gibraltar, the Bosporus, the Cape of Good Hope, the Strait of Malacca and South China and East China Seas. If climate change keeps melting the Arctic ice cap there will also be sea passages on the northern edge of Russia, Scandinavia, Canada and the US, the opening of which would draw traffic away from the Suez and Panama canals.

Eighty per cent of the world’s trade travels by ship compared to ten per cent by rail, nine per cent by road and a meagre one per cent by air. Traffic clogging Lorries are a constant part of our lives. Commuters use trains every day and planes are our chief passport to foreign parts.  For most of the world’s land-based public ships are out of sight and, thus, out of mind. The Suez blockage is very likely to change that—at least for a while.

Two more mass shooting in America. Another 16 dead bodies. And another round of calls for gun control. Of course, gun control in America means something different than everywhere else in the world. It does not mean—as in most developed countries—the virtual outlawing of the sale of weapons to the general public. No, in the case of the United States it means banning the sale of semi-automatic and automatic assault rifles, weapons with multiple cartridges and thorough background checks on potential buyers. President Joe Biden wants these controls. He may manage to achieve two out of three. Opposing him are the National Rifle Association and the die-hard proponents of the Second Amendment who have captured the Republican Party and turned gun control into a bipartisan issue. Combined with the power of the filibuster, this means that Biden’s hopes are blocked by the fact that he needs 60 Senate votes. So, your average American will be able to continue to buy sub-machine guns. They can even buy tanks and grenade launchers (but not grenades). However, the president is expected to win on the less thorny issue of background checks on potential buyers. And if the Senate refuses to work with him, there are signs that Biden is prepared to use executive decrees. This would mean tightening rules on who is allowed to sell guns and banning the import of certain guns and gun parts.

READ ALSO: Observations of an Expat: Back to the Future—the British Defence Review

The world this week continued its slide into East-West Cold War-style camps. Following the disastrous Sino-American summit in Alaska, Secretary of State Antony Blinken urged a meeting of NATO foreign ministers to turn their attention to China and the Asia-Pacific. On Thursday the message was reinforced when Joe Biden addressed a virtual summit of EU leaders. On the other side of the political equation, Chinese foreign minister Wang Yi and his Russian counterpart Sergei Lavrov met and issued a joint statement saying that they rejected Western criticisms of their foreign and human rights policies, attacked sanctions against them and agreed to coordinate activities against the US and Europe. Wang Yi, meanwhile is preparing for a foray into a US-dominated region with a tour from next Tuesday of Saudi Arabia, Turkey, Iran, the United Arab Emirates, Bahrain, and Saudi Arabia. It all looks distressingly familiar.

Gathering a political armoury for a vaccine war with Britain was the main agenda item at this week’s Europe summit. But the EU is unlikely to use the assembled weaponry. Commission President Ursula Van Leyen and French President Emmanuel Macron pushed through a proposal to block exports of coronavirus vaccines to Britain and other countries until the mainly British-produced Astra Zeneca honours its commitments to EU countries. The pronouncement is a political necessity for new commission president van Leyen. EU bureaucracy fouled up the early stages of its vaccine programme which is now lagging far behind the UK and US and suffering a deadly third wave of coronavirus cases. The EU had to be seen to act. But as former commission president Claude Juncker said it would be “stupid” to use the new powers and would cause “major reputational damage to the EU”. Belgium and the Netherlands have also announced their opposition to the use of a vaccine export embargo. And in the next few days, Dutch Prime Minister and British counterpart Boris Johnson are expected to attempt to head off any action with an announcement about increased production of Astra Zeneca in the Netherlands. In the meantime, a precious few of the doses are reaching the underdeveloped world where the number of cases are growing exponentially. Kenya this week literally ran out of hospital beds. The World Health Organisation has heavily criticised the US, UK and EU for hoarding supplies.

How is this for a scenario: An Arab political party maintains Israel’s Benjamin Netanyahu in power. It sounds impossible. But in the Alice through the looking glass world of Israeli politics, the most unlikely scenarios are feasible. The cause of this seemingly outrageous possibility is this week’s deadlocked election results—the fourth in two years. Once again Netanyahu’s right-wing Likud Party and his allies in the main Orthodox Jewish parties won the most seats with 59, but they need 61 to form a majority government. A fragmented opposition coalition of centrist and left-wing parties secured 57. Holding the balance of power is Mansour Abbas, whose United Arab list or Raam has secured four seats. Palestinian Arabs still comprise 20 per cent of Israel’s population, are represented in the Knesset, and, surprisingly, Mansour Abbas has said that he is prepared to join a coalition with Palestinian arch-enemy Benjamin Netanyahu—on the right terms, of course. He has also said he could swing the other way. The two deciding issues are likely to be the West Bank and the forthcoming trial of Netanyahu. Abbas will want Netanyahu to shelve plans for his annexation of the West Bank. Netanyahu will want Abbas to help block his trial next month on bribery and fraud charges. There is another possibility. One of Netanyahu’s erstwhile allies, former defence minister Natalfi Bennett has hinted he could shift his allegiance leftwards, taking seven Knesset members with him. A prediction is impossible in unpredictable Israel.

Happy Birthday 50th birthday Bangladesh. And the South Asian nation has a lot to be happy about. And a lot to be unhappy about. But let’s start by focusing on the good news. Bangladesh is the seventh fastest-growing economy in the world. In 1972—the year after Bangladesh broke away from Pakistan in a war costing three million lives–its GDP was $62 billion. In 2019 it was $305 billion and is expected to be around $600 billion by the end of this decade. Then there are social advances. Ninety-eight per cent of children finish primary school and life expectancy is the highest in South Asia. The United Nations Committee for Development Policy recently recommended that Bangladesh be promoted least developed country designation to developing country. Now for the really bad news. Seventy-nine per cent of Bangladesh’s 166 million people are crammed into the low-lying delta region which empties into the Bay of Bengal. The average height of this region—two-thirds of the land area of Bangladesh– is less than 5 metres above sea level. Because of climate change, between 12 to 15 per cent of the land is expected to disappear under rising sea levels by 2050. It is estimated that 20 million people will be displaced. The political story is also dire. The country has spent 50 years lurching from dictatorship to democracy to military rule. Current Prime Minister Sheikh Hasina secured her fourth term in 2018 with an election marred by violence and extensive vote-rigging. The dominant Awami League has been criticised by the think tank Freedom House for consolidating “its power through sustained harassment of the opposition and those perceived to be allied with it.” At best, the country is a quasi-democracy.