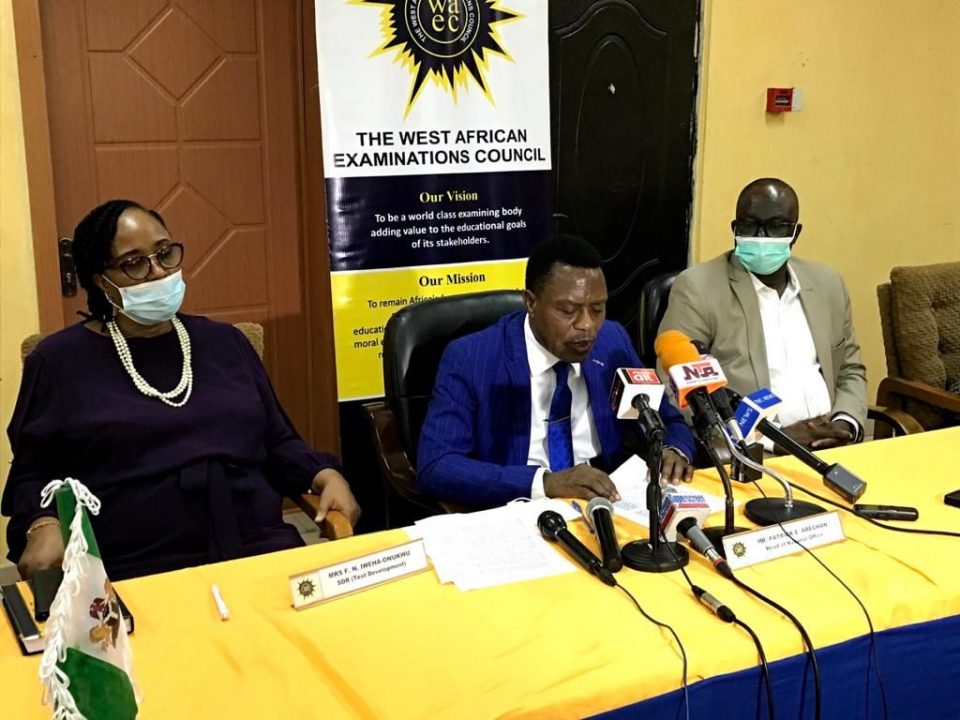 WAEC’s Head of Nigeria Office, Mr Patrick Areghan while announcing the results at its corporate office, Yaba, Lagos also stated that the candidates’ performance cannot be judged based on passes in Mathematics and English, adding that there might be many candidates who did not need them because they already had them.

According to him,  the 7,690 enrolled candidates represent a 38% decline, when compared with the 2020 entry figure entered for the examination.

He explained that while Seven Thousand Two Hundred and Eighty-Nine (7,289) candidates actually sat the examination at Two Hundred and Fifty-Two (252) centres spread across the nooks and crannies of the country. The drop in the entry figure could be attributed to the negative impact of the COVID– 19 pandemic.

Areghan said: ”’ The analysis of the statistics of the performance of candidates shows that out of the Seven Thousand Two Hundred and Eighty-Nine (7,289) candidates that sat the examination:

”Of this number, One Thousand and Seventy-Four (1,074) i.e. 48.93% were male candidates, while One Thousand, One Hundred and Twenty-One (1,121) i.e. 51.07% were female candidates.  The percentage of candidates in this category in the WASSCE for Private Candidates, 2019 and 2020, that is, those who obtained credit and above in a minimum of five (5) subjects, including English Language and Mathematics, were 26.08% and 32.23%respectively. Thus, there is a marginal decrease of 2.12% in performance in this regards.

”Let me say here that the number of candidates that had five credits, including English Language and Mathematics may not necessarily be a basis for judging the level of performance in this examination. This is because the examination is more or less a remedial one. Some candidates may just need only one or two papers, other than English Language and /or Mathematics to remedy their admission deficiencies.

The results of Five Hundred and Ninety-Nine (599) candidates, representing 8.22% of the total number of candidates that sat the examination, are being withheld in connection with various reported cases of examination malpractice.”

2023: APC Will Continue to Rule Nigeria after Buhari- Musa Yar’adua

After COVID-19, What’s Next For Africa