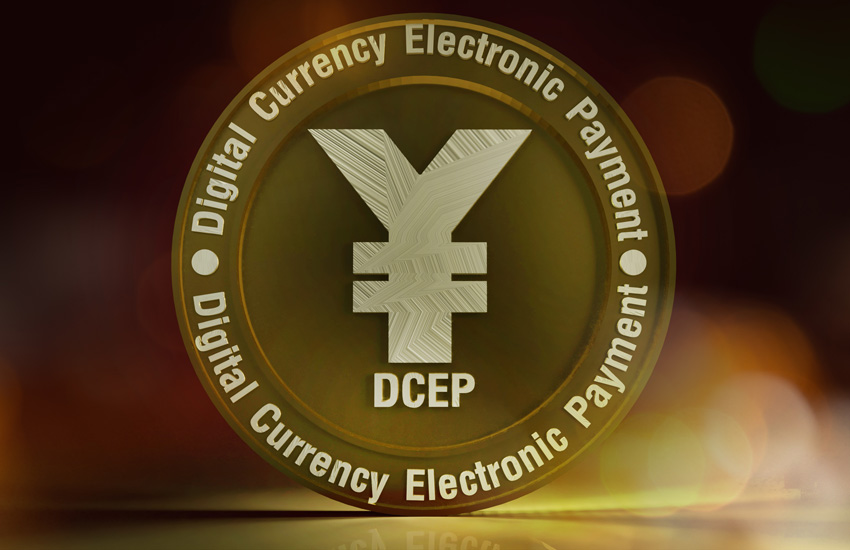 In defiance of the United Nations’ resolution not to support the use of bitcoin and other cryptocurrencies, China on April 20, 2020, did not only supported crypto but launched her digital currency, called  Digital Currency Electronic Payment (DCEP or “digital yuan”).

Apparently, in the same month, China began a controlled soft-launch of DCEP in various cities in China: Shenzhen, Suzhou, Xiong’an, and Chengdu.

DCEP is also commonly referred to in China as “e-CNY” or “Digital RMB.” It is the digital form of China’s fiat money.

The Chinese government test ran the DCEP in 2020 by distributing ten million DCEPs to 50,000 Citizens.

The strategy of China on the workability of DCEP is to ensure that the issuance and distribution of DCEP will be based on a two-tiered system.

The first is, to begin with, the issuance of DCEP from the People’s Bank of China, PBoC, to commercial banks and non-financial institutions such as Alibaba, Tencent, and UnionPay (i.e., intermediaries).  The second tier would be the distribution of DCEP from the above-mentioned intermediaries to end-users such as companies and individuals and third the end-users could then make payments using DCEP wallets (via QR code payment, NFC, etc.).

What does China aims and objectives in developing this Digital Yuan, which is going global?

Recall that at the peak of China and the United States cold war in 2019, the Chinese government was threatened by sanction. In order to escape the economic sanction, China announced the dumping of the dollar and introduced the DCEP which it began testing internally in 2019 with large national Banks and Chinese mega-corporations like Alibaba, Baidu and Tencent.

Thus, with the introduction of DCEP, China would be able to navigate all economic barriers and still maintain its place as a key player in the global economy. This is because DCEP is designed as a replacement of the reserve money system and pegged to the RMB in a 1:1 ratio.

On December 4, 2020, Hong Kong Monetary Authority (HKMA) announced that the PBoC and HKMA were preparing to test the use of digital RMB for cross-border payments.
As a follow up to the plans, China on January 16, 2021, established a joint venture in Beijing amongst SWIFT and the various PBoC-related entities to internationalized the DCEP.

DCEP, to challenge duopoly of Alipay and WeChat Pay

China, through DCEP, is targeting to challenge the duopoly of Alipay and WeChat Pay. Also, any company that plans to do business at the 2022 Beijing Winter Olympics and after should expect to use DCEP.

Besides, for foreign companies that are consumer-facing in China, the government eyes are on them whether they will patronise  DCEP or not.

As it stands, China through the creation of its national cryptocurrency has globally positioned herself economically such that no other world powers can challenge or threaten with economic sanctions. China, with the adoption of its national cryptocurrency, has successfully positioned itself as a global leader without fears of any economic threats from the United States of America. Asides, the digital currency will further deepen their international trades.

China has shown to the entire world what it entails to be a proactive leader. A leader whose primary goal is to position the national economy to the benefit of its citizenry. China has displayed that not every global policy adopted at the United Nations assembly should be taking hook line and sinker.  It’s now crystal clear that cryptocurrency is the global currency.

In the light of the foregoing, It is high time the leadership of the Africa Continent began to think differently, especially on issues that would boost the economy of their countries.

To date, countries that have issued their own cryptocurrencies include Ecuador, China, Senegal, Singapore, Tunisia, though these countries will not be standing alone for long with Estonia, Japan, Palestine, Russia and Sweden looking to launch their own national cryptocurrencies.

What can Nigeria, South Africa, Ghana do differently to lead Africa to true currency independence and prosperity for its people by developing digital currencies or a single digital currency for Africa? This will boost commerce and the standard of living for the people in the Africa Continent.

It’s high time, African countries through the adoption of cryptocurrency broke themselves lose from the strings that tie them to the Super Powers. The earlier every country positioned into the crypto space the better for the future of that country.

China is achieving that feat right now through the introduction of its national cryptocurrency- DCEP.  The innovation portends that very shortly, the economic values of the Chinese reserves would not be quantified by the U.S Dollar, but by the value of its digital currency. Once, DCEP is globally used for the payment of goods and services, there would be no need anymore to have the dollars in their country’s reserves.

For Africa, the first step to launch into this financial freedom is for African Presidents to meet at the African Union to chart the way forward on cryptocurrency for Africa. The President of each country should preferably go with its national economic team, which often comprises, Central Banks governors and other financial and economic experts. Their inclusion is to enhance robust discussions on the benefits of cryptocurrency to the national economy. If a resolution is therefore reached to own a cryptocurrency for the Africa Continent, then the stage is set.

Secondly, each President or national representative is to take the outcome of the meeting back to their National Assembly for deliberation where some crypto experts are invited and allowed to speak on the subject since many lawmakers may not have verse knowledge about the cryptocurrency space.

After the public hearing and enlightenment, the National Assembly can now legislate and pass it to law.  Once passed to law, then Africa is good to go.

However, in a situation where it was agreed at the African Union meeting to own Africa cryptocurrency but failed national approval at the Senate, each country that approved it can go-ahead to launch its national cryptocurrency. It’s certain that we can not all think alike. If the decision to adopt cryptocurrency is urgently acted on, a time would come when the fiat of your country will be worthless.

In the meantime, let every country knows that there is absolutely nothing it can do to stop operations of cryptocurrency in their country because the digital currency is operated through decentralised blockchain technology.

Our Central Bank Governors need not be afraid of the development or see it as a threat to their exhorted position because the innovation will further boost the national economy through tax payment from crypto operators. That’s when you can say ‘I am in charge

Therefore, banning cryptocurrency, especially in some African countries is a setback to the African economy. Many developed countries, captains of industries, financial institutions and global economic players are laughing at our ignorance as they are busy heavily investing in Bitcoin and other cryptocurrencies on daily basis. Where do Nigeria, South Africa, Ghana, Cameroon to mention a few, standing in all these?