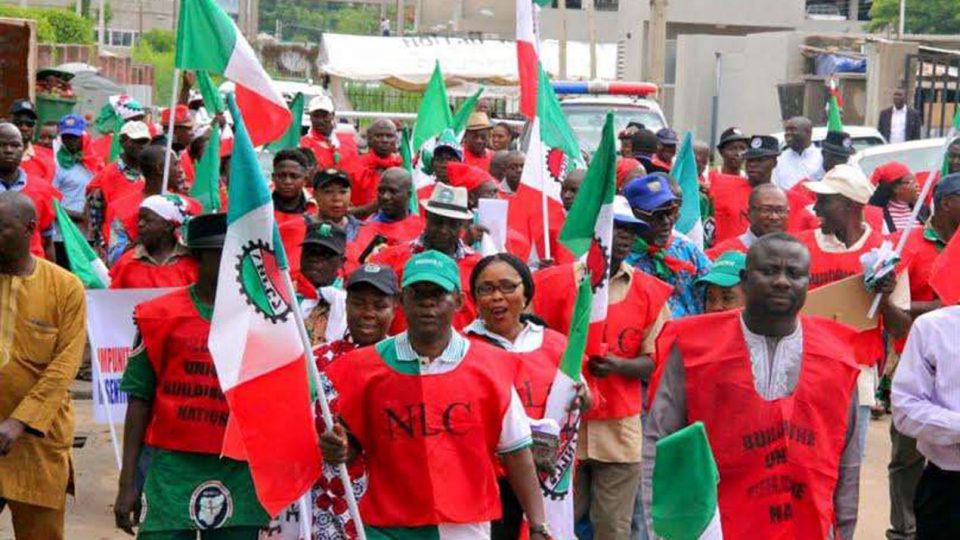 Kano chapter of the Nigerian Labour Congress, NLC, has announced the suspension of the industrial action slated for Thursday after reaching some agreements with the government.

The suspension of the industrial action was sequel to an earlier announced three days strike scheduled to commence today Thursday 8th April 2021.

Consequently, it stated that the planned peaceful protest scheduled for Monday 12th April 2021 has been cancelled.

This was announced in a statement issued to newsmen and signed by the National Deputy President, NLC, Najeem Yasin after a meeting with the state government that ended late in the night on Wednesday.

He said: “Following the agreements/resolutions reached between the Kano state government and organized Labour today Wednesday, April, 7th 2021 on payment of March 2021 salaries.

”The proposed three days warning strike scheduled to commence from 12:01 am on Thursday, April 8th 2021 is hereby suspended and the proposed peaceful protest scheduled for Monday 12th April is equally suspended.”

The organized Labour further explained that the meeting was at the instance of the Kano state Governor, Abdullahi Ganduje in person, with a representative of the National NLC president Comrade Ayuba Wabba who was represented by the National Deputy President NLC Najeem Yasin, Biobelemoye Joy Josia, National Chairman JOHESU and president MHWUN, Benson Ukpa, Head of Information Unit NLC Headquarters and the representatives of the organised labour in Kano.

During the meeting with the Kano state governor, they agreed on seven terms including the government reiterating its position to respect the agreement to abide by the N30,600.00 minimum wage in the state, among others.

This is contained in a separately signed document by the representatives of the Labour that include Kabiru Ado Mijibur the chairman of the NLC in Kano, as well as the state chairmen of TUC, JNC, JCF, JAC, and the Ag Sec NLC and those representing Kano state that includes Binta Lawan Ahmad, Head of Service, Shehu Na’Allah Kura, Commissioner Finance, Murtala Sule Garo, Commissioner Local Governments and Muhammad Garba, Commissioner Information.

“That March 2021 deductions from worker’s salaries at state and Local Government Councils should be refunded to workers along with April or May 2021 salaries depending on the increase of FAAC allocation for the period.

“All machinery for implementation of the new National Minimum wage of N30,600.00 should be put in place by the OHCS for KUST Wudil and Yusuf Maitama Sule University immediately.

“That a committee was set up between government and organized Labour to look into the contentious issues as presented by Labour.

“That payment of monthly pension and all the entitlements of retirees should be vested under the resolutions and approval of the Board of Trustee of the KSPFT as provided by 2006 pension law.

“No worker or any Labour leader should be punished/treated in a prejudicial/malicious manner as a result of partaking in the planned industrial action by the Kano state government.

I Consider What Happened as Attack on My Professionalism- Ancelotti