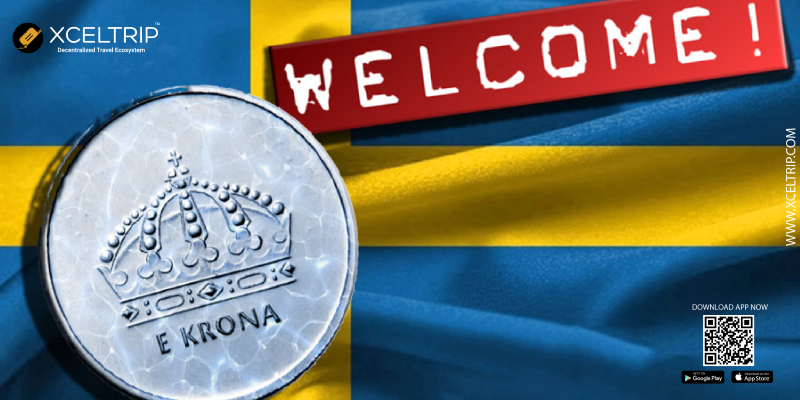 Worried by the dumping of its national fiat for cryptocurrencies in the country, the Swedish government has given an update on modelling its e-krona pilot project by issuing a detailed report of the results of phase one for the path ahead.

Riksbank which is Sweden’s central bank is still optimistic about launching its central bank digital currency (CBDC), but there are hurdles to clear out on the road.

The Riksbank just published the results of the first phase of a pilot project into what is essentially the most advanced exploration of a post-cash era to be undertaken by a major, western economy. It says the rapid pace at which cash is disappearing presents “potential problems” that a digital currency controlled by a central bank can address.

According to the report named “E-krona pilot phase 1,” the central bank highlighted that cash usage in Sweden is “declining.” That said, Riksbank sees potential problems arising from the decline in cash and is therefore running a project to investigate the possibility of producing a digital complement to cash.”

Bitcoin.com reports that the central bank wants to take another year to make in-depth explorations to assess how current technical solutions could suit the e-krona project. Currently, the Swedish central bank is using the R3’s Corda blockchain platform.

Over the required additional year, the Riksbank wants “market actors” to be involved in the plan’s development, “who could potentially become participants in an e-krona network, to test this technical solution,” said the report.

Such comment could be suggesting that private firms and even commercial banks can participate in the CBDC pilot.

Another point mentioned in the report is the development of an “off-line function.” The central bank provided details on the matter:

Moreover, the Riksbank wants to explore ways to develop solutions to store keys and tokens “in different ways,” containing the e-kronor.

Also, to ensure “the process of making payments in the network,” the Swedish central bank wants to develop support for addressing payments.

Among other details that the Riksbank mentioned in the report include “evaluating and improving performance and scalability in the e-krona network,” “integration with existing point of sale terminals,” and “analysis of the e-krona network infrastructure.”

Bitcoin Shows Indices Of Bullish Trend In Next Few Weeks